Along with millions, we mourn the loss of two Black people whose murder at the hands of police have ignited the hearts and filled the minds of many this week. Philando Castile and Alton Sterling join the long list of names that are engrained in us as we confront power and continue organizing and fighting for a world without policing.

The police killing of working class and people of color, particularly in Black communities, is tragically a routine occurrence in the US, and is increasingly being seen as such. When compounded with the lower profile, yet even more routine daily oppressive practices that policing imposes on communities – stops, searches, house raids, arrests – we understand the fundamentally violent role that policing plays. It is not a failed system, but one that is carrying out its goal of social control as designed. 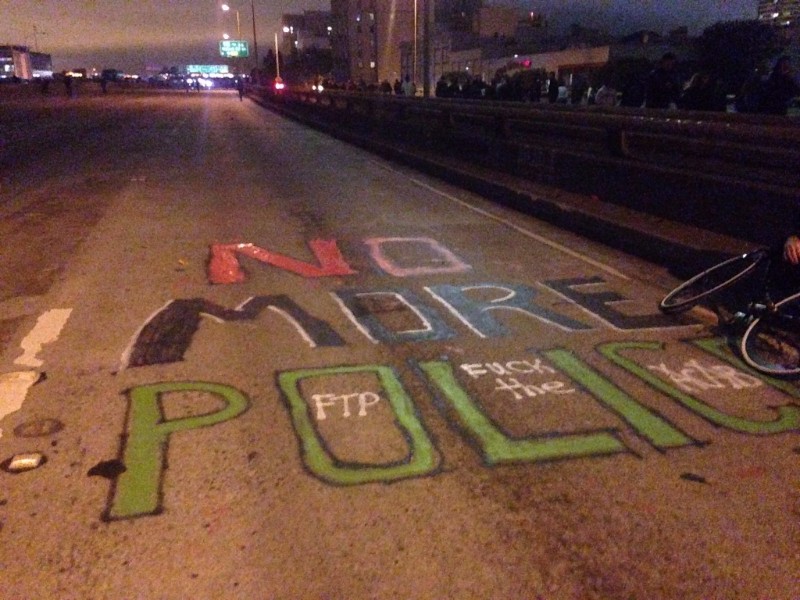 What has become equally as routine, to our inspiration, is community resistance in the face of state violence. In cities across the country this week, people responded, organized, and rallied to make their voices heard, and are continuing to do so as we write. Whether by taking the streets or building on the longstanding work that challenges these systems of oppression, this struggle ensures that Alton Sterling and Philando Castile are remembered with power. Communities are continuing to organize, and not simply as a response to police killings, but doing the persistent work of building the futures that we need, the futures that we dream of.

With all those we have lost in our thoughts, we carry onward, working to resist policing, stop new jails, close prisons, and abolish the prison industrial complex. We do so in joint struggle with Black resistance and all those fighting for liberation.