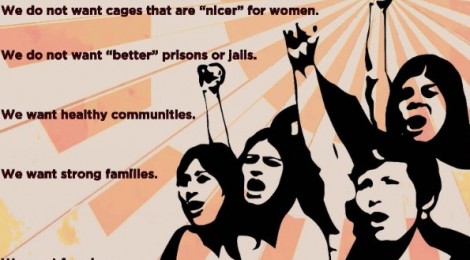 The Profiles in Abolition Video Project

In this period of astonishing energy and public discussion about the state of policing, imprisonment, sentencing, and surveillance, CR is at work on a new video project titled Profiles in Abolition as part of our Profiles in Abolition initiative. The video project explores the current state of the PIC and what it might take to dismantle it in favor of systems to increase health, stability, and self-determination. The movie, which will be available on CR’s website and used during community events, will explore issues including solitary confinement, detention, political imprisonment, fines and fees, prison and jail construction, police killings, predictive policing, surveillance technologies, police militarism, infiltration, mandatory minimums, and resistance to the PIC to help us explore how the PIC is evolving and why abolition is the best path forward.

The Need: A Resource for Movement Building

In the wake of this energy and following our hard-earned campaign successes, CR has received dozens of requests to become more involved with our membership, to speak publicly about our work and analysis, and to train people on our approach. CR is an established leader in this movement, and has become a trusted resource for analysis and strategy. The recent swell of interest is exciting and we see an opportunity to strengthen this growing movement by providing an easily-sharable resource that can be used broadly.