In 2016, a group of public health students, researchers, and organizers felt that it was past time for the public health field to take a stand on the issue of policing 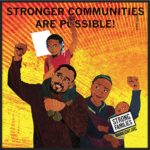 and its harms. They recognized the daily violence of policing against Black people, other people of color, people with disabilities, LGBTQ people, people experiencing homelessness, and other marginalized communities as a devastating and pervasive public health issue, and that there needed to be a more urgent effort to advance people-oriented solutions.

These public health advocates collaborated to write and pass a policy statement through the American Public Health Association (APHA)* that names policing as a public health issue and urges for steps to decrease its power, including:

The tireless grassroots protests in recent years against the violence of policing meant that such a statement could not be ignored. The statement was approved as policy for a one-year term. This is a unique victory that we are calling on you to help amplify!

Organizations and individuals, please join us and endorse the statement! Fill out this form. Your name(s) will be added to the growing list, below. We encourage you to uplift the statement and its recommendations in any of the following ways: 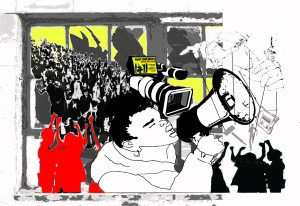 Organizations and individuals, you can endorse here.

* The APHA is a professional association with over 25,000 members that adopts policy statements which they use to inform advocacy efforts of organizations and its members.

We hope that this statement will be useful for groups struggling on the ground against the violence of policing—both in advancing your campaigns and defending against attacks from forces seeking to undermine your efforts. Critical Resistance is joining forces with these dedicated health advocates and uplifting this statement as a tool for our movements to utilize.

The statement won  approval for a one-year term. The authors are in a process now of revising the statement and organizing for its permanent adoption. Regardless of what the APHA decides for next year, we very much hope that groups will use the statement now while it is official APHA policy!

We welcome any feedback or questions you may have. If you do use the statement, or have other ideas for how groups might use it, please let us know! Questions for the policy statement team can be sent to: endingpoliceviolence@gmail.com; Questions for Critical Resistance can be sent to: CRnational@criticalresistance.org

Excerpt from the statement (read the full statement here)

Conclusion: Public safety is essential for public health. However, as a society, we have delegated this important function almost exclusively to the police. Evidence shows that US policing has failed to deliver safety, placing an inequitable burden of harm on some communities, particularly communities of color. Community-centered strategies for addressing harm and violence have the potential to increase public safety without the violence associated with policing. Investment in these strategies, as well as those that address underlying social and economic factors associated with crime, provides a promising way forward toward strengthening communities while reducing the harms associated with policing.