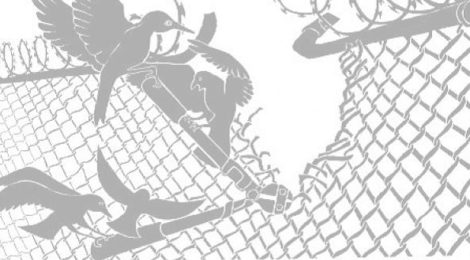 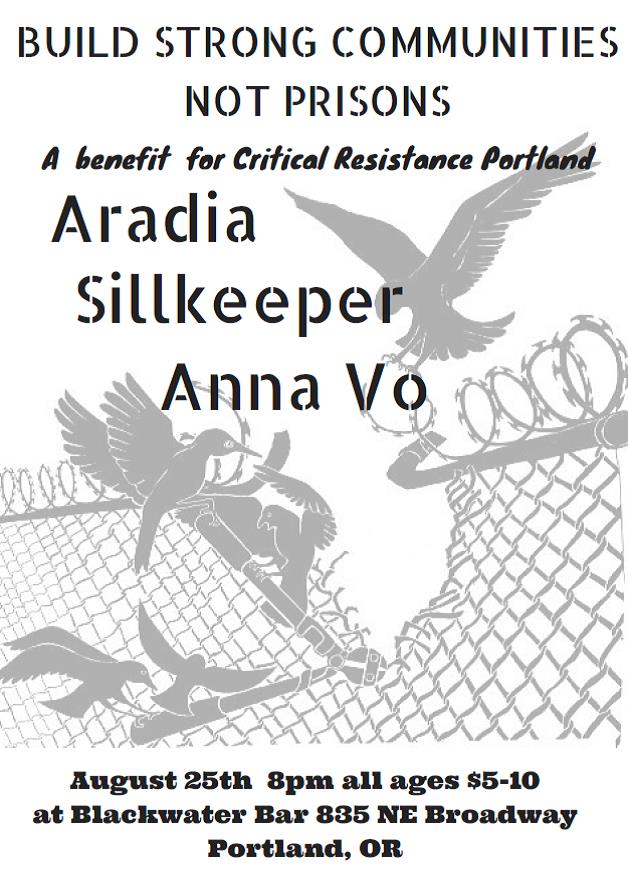 Concert on August 25th at Blackwater Bar for Critical Resistance Portland
Facebook Event
Portland, OR–On August 25th local bands Aradia and Sillkeeper, along with solo artist Anna Vo will play a benefit show for Critical Resistance Portland.
Comprised of members of several other notable Portland bands (Wretched of the Earth, Hang the Old Year, Strangeweather, A Stick and A Stone), Aradia play hard hitting post-rock with contemporary chamber music sensibilities.
Also playing the benefit is metal band Sillkeeper, a project of Terror Apart’s Anna Leja. Anna Vo of An Out Recordings will play a fusion of folk and “found sound” noise.
Critical Resistance Portland is a small group of dedicated prison industrial complex abolitionists who decided to start a CR chapter in Portland to help magnify and spread the work of CR and local prison industrial complex abolitionists. They have a strong focus on working with people most affected by the prison industrial complex.
The show starts at 8:00pm, is all ages, and costs $5-10 (sliding scale) for admission. Blackwater Bar is located at 835 NE Broadway in Portland, OR.
More information can be found on the event facebook page, and at the Critical Resistance website.
Aradia on Bandcamp: https://aradiapdx.bandcamp.com/releases
Sillkeeper on Facebook: https://www.facebook.com/sillkeeper
Anna Vo on Bandcamp: https://annavo.bandcamp.com/
← Upcoming Events in LA + Organizing in Antelope Valley
The New Issue of The Abolitionist Is Here! A message from a member. →