Alongside our partners from LA No More Jails and Justice LA, Critical Resistance is working to halt to a multi-billion dollar jail plan being proposed for the county. This is a continuation of 10 years of successfully fighting jail expansion in LA County. Currently the Sheriff and Board of Supervisors are trying to push through an overwhelming plan to build 4000 new jail beds in LA County. These cages are specifically targeting people in the women’s jail system in LA County through a so-called “gender responsive” women’s jail in Lancaster, and people with mental health needs through rebuilding Men’s Central Jail in downtown LA into a mental health jail.

Read more about this important campaign and get involved! 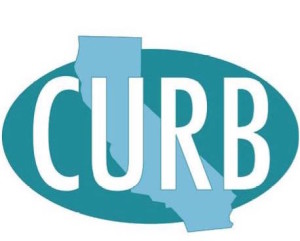 Californians United for a Responsible Budget

CR Oakland and Los Angeles are members of Californians United for a Responsible Budget (CURB), a broad-based alliance of over 40 organizations. CURB’s mission is to shrink the number of prisons and reduce the number of people in prison in California by curbing prison spending. CR Los Angeles is an active member of CURB’s workgroup, LA No More Jails.

CITY-WIDE POPULAR EDUCATION on the Prison Industrial Complex and its Abolition.

Californian’s health and safety will not be improved with jail expansion. California county jails are inherently violent, poorly run, and wastes of taxpayer money. The public funds that are now used to police, convict and incarcerate people should be going to provide housing, education, health care & employment. Safe and healthy communities depend on mental health services, youth centers, supportive and affordable housing, and real opportunities in their communities; not cages. Read more on Alternative Investments to Imprisonment