Four weeks after the tragic death of 18-year old Michael Brown at the hands of the Ferguson, MO police department, we have seen law enforcement hauntingly fulfill its role: to criminalize a young person of color within his own community, to kill upon suspicion, and to further terrorize a community demonstrating its sorrow and rage with an onslaught of militarized police occupation and repression. 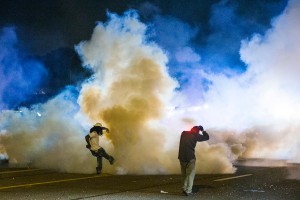 Critical Resistance members across the country stand in profound solidarity with Michael Brown’s loved ones, with supporters that have convened in Ferguson and with communities all across the country that know the terror of policing and state forces all too well. Together, we honor the life of Michael Brown and amplify a call for abolition loud and clear, “Black lives matter, communities of color matter, we refuse to be devalued!”

In moments such as these, as abolitionists we humbly strive to connect the dots between the violence of policing, imprisonment, surveillance and the systematic devaluation and impoverishment of communities of color. We know that the systematic devaluation of life and dignity is a trademark of the prison industrial complex. And, in turn, we know that despite the violence of the PIC, repression breeds resistance. We want to uphold the resilient vitality and dignity of communities such as Ferguson who refuse to let the PIC win. This August and into September, we see the beautiful strength and power of communities fighting back, in the face of loss, in the face of tear gas, in the face of riot gear. 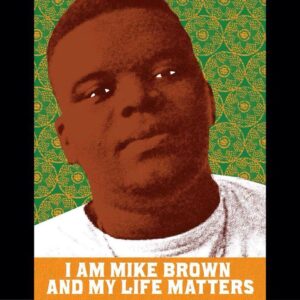 The ability for police to continue this systematic violence has been significantly bolstered by a growing trend of militarization that can be traced back through a number of moments in our movement’s history: from 1960’s repression of Black and Brown 3rd world liberationist groups organizing for self-determination, to radical upsurges of prisoner-led organizing from inside, and to the state’s turn to “law and order” control to maintain its legitimacy while middle and working-class people felt the increasing vice of impoverishment under global capitalism. And in the years following this time period that we experienced the explosive increase of imprisonment. The intensification of the police through militarization and the concerted program of locking up massive numbers of people are intimately tied, and are central to the growth and dominance of the prison industrial complex.

Rather than be intimidated, our movement to abolish the prison industrial complex brings us together to fight through the tragic conditions. We must resist all attempts of the state to murder us, lock us up, and criminalize our existence. We must organize against the policing and militarization of our communities.

In CR, we hope to contribute to the movement to abolish the PIC by building creative projects that fight the violence of policing and illuminate self-determined paths forward. In Portland, CRPDX is be hosting a series of monthly conversations (September- January) focused on policing of migrants, impacts on youth, and alternatives in order to design a campaign that fights the violence of policing in their city. In Oakland, CR members are building an alternatives to policing project that will enhance Oaklanders’ confidence and capacity to not rely on the OPD and policing. We look forward to sharing these campaigns and projects as they develop! 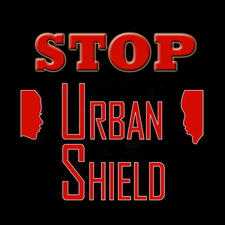 This week, we want to highlight policing resistance in Oakland, CA, where community members are organizing to stop Urban Shield, an annual training and weapons expo where law enforcement agencies meet with international security and police forces (including from the apartheid state of Israel), to show off new technologies of social control and practice tactics of military repression. Join us on September 5th at 6pm for a rally to demand that Oakland hosting this war on our communities! We encourage all to come out and join us to demand an end to policing and militarization, and to fight for self-determination.