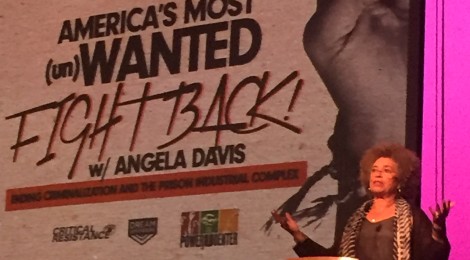 On December 17th, Critical Resistance partnered with Dream Defenders and Power U Center for Social Change in Miami to host a conversation between Dr. Angela Davis and community organizers working to abolish the prison industrial complex. Hashim Benford from Power U spoke to the need to address the harmful impacts of the prison industrial complex on women, in particular women of color and including trans women of color. Ashley Green of the Dream Defenders highlighted our need to envision a radically positive and generative future within the context of an anti-policing movement that is too often forced to respond to death and violence against Black and Brown people. And Critical Resistance member Kim Diehl engaged Dr. Davis in a conversation uplifting our work to build towards true abolition in a context of nationwide efforts to reform the PIC into a “gentler” version of itself. 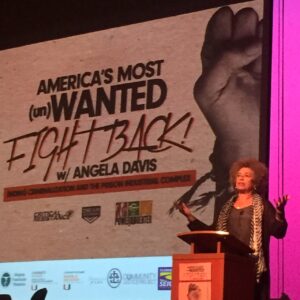 The event came at the end of a year’s collaboration between the organizations hosting workshops, trainings and film screenings about how to disrupt the violence inherent in policing and imprisonment, issues at the core of each organization’s mission and work. Critical Resistance is looking forward to more collaborations and we encourage Floridians to engage with the crucial work of Dream Defenders and Power U. 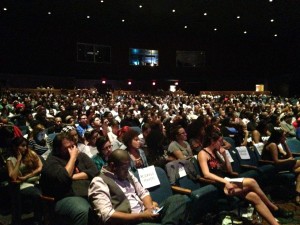 For more coverage of this event and some of the relevance in the Miami racial justice organizing landscape, check out this article in the Miami edition of the New York Observer.

Check back here for the full video of the event.

← Oppose the LA Jail Proposal: Bad for People, Bad for Environment
To Abolish the PIC, Stop Home Raids and Deportations →