My name is Michael Saavedra and I am excited to join staff at Critical Resistance (CR) as the new Los Angeles (LA) Organizer! As CR’s new LA Organizer, I will be working with the Justice LA coalition and others fighting jail construction in LA County while also supporting chapter member engagement, recruitment, and leadership. CRLA has been organizing strongly as a volunteer member led CR chapter without a local staff organizer for several years. I am looking forward to engage the amazing member leadership in LA’s abolitionist efforts and to support the growth of their work. 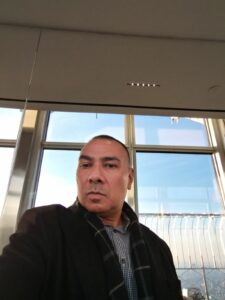 I  was recently released from prison on February 22, 2017 after being inside for over 19 years. I was also kept in solitary confinement for over 15 years. During that time, I helped organize, lead, and participated in all three separate California prisoner hunger strikes against solitary confinement between 2011 and 2013. I also educated myself while in solitary and was able to learn and utilize the law to successfully sue the California Department of Corrections and Rehabilitation several time, as well as assist and teach others to do the same.

I am now a Pathway to Law School student at Riverside City College and a UC Berkeley Underground Scholar Ambassador, having started Riverside City College’s first formerly imprisoned student organization. Since my release, I have been working with many different social justice and anti-prison industrial complex organizations such as UCLA’s Beyond the Bars, Prisoner Advocacy Network, Riverside All of Us Or None, Ovarian Psycos, California Families Against Solitary Confinement, and the Youth Justice Coalition in LA.

I am very excited to work with CR as they were one of the first organizations to write me and send me The Abolitionist Newspaper during the California prisoner hunger strikes. CR’s correspondence with me and their organizing in support of the strikes really helped me to keep fighting and gave my resistance sustenance. As such, it is a great pleasure and honor to be a part of CR, and I look forward to working with all of you.

During my time in solitary, I would draw images to honor my indigenous heritage. This is a drawing of Xochitl, Aztec Princess of Flowers. 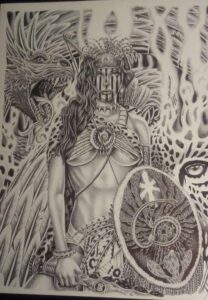 Donate here to keep CR Los Angeles strong and support our new staff organizing position. Be sure to select "Los Angeles" as the Designation. Thank you for helping us build for abolition.