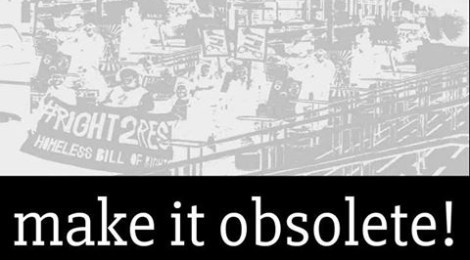 admin / May 10, 2016 / Comments Off on No New SF Jail Coalition’s “8 Guiding Steps Towards Ending Jailing” / Uncategorized

As the No New SF Jail Coalition, we are proud of our recent victory in getting the San Francisco Board of Supervisors and Sheriff Vicki Hennessy to reject $80 million dollars of state money to construct a new jail in San Francisco. It sets an important precedent showing that it is possible to defeat jail expansion plans. However, we recognize that the work of stopping racist jail and police policies and practices in San Francisco is ongoing. People of color and poor people are being targeted by the violence of everyday policing and being killed by the cops in increasing numbers. They are arrested and jailed at higher rates, and this is all part of forced displacement from San Francisco as a racist gentrification process threatens to take over the city. We must work to counter the violence of policing and jailing by addressing the racist roots of these systems. The work of our Coalition must continue as part of an ongoing struggle to reverse the direction that San Francisco is moving in and build a collective vision of a city where racist policing and jailing policies are replaced by community policies and services that provide all residents with access to what they need to thrive.

Members of our coalition are currently part of a working group convened by the city to “re-envision” the jail replacement project. Here, we are advocating for the permanent closure of the current jail at 850 Bryant and real investment in the health of communities most impacted by imprisonment. We refuse to play a tokenistic role in the working group. Below are some of our coalition’s guiding points for the proposal created by the City Workgroup to Re-Envision the Jail Replacement Project. This is just one aspect in our shared struggle towards building a future for San Francisco free of the violence of imprisonment and policing. Concrete reforms are necessary to build this future and also improve the conditions for people in prison now. We see these points as offering concrete steps towards ending caging in San Francisco and building stronger resources and more transformative relationships within communities.

← Art and Abolition Donor Call: Listen to the audio recording
Abolition and the Radical Imagination in LA – A Powerful Success →