Browse: Home   /   Time for Governor to Listen to Community Voices 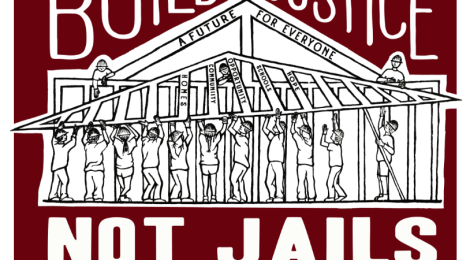 Time for Governor to Listen to Community Voices

admin / February 24, 2016 / Comments Off on Time for Governor to Listen to Community Voices / Uncategorized

SACRAMENTO – Earlier today, the California Legislative Analyst’s Office released its assessment of the Governor’s budget proposal for imprisonment systems spending in the 2016-2017 fiscal year, reaffirming community appeals not to divert another $250 million into jail expansion. Pointing to years of community budget analysis on a statewide and county level, as well as on the ground knowledge from organizations providing reentry and jail services, Manuel La Fontaine, an organizer with All of Us or None commented “formerly imprisoned people and community organizations have demanded since Realignment that budget resources be put into sustainable alternatives to imprisonment, not increasing jail bed capacity or building newer population-specific jails for women or people with mental health or substance use needs.”

While the recent LAO Report follows years of community-based demands not to invest in jails, the recommendations are based more in fiscal pragmatism rather than community need. Rachel Graham, a member of Critical Resistance Los Angeles, agrees with the LAO’s recommendation that the state should work to quickly close prisons such as the notoriously dilapidated prison in Norco, near LA County, but notes that “while prison closures can save California money, we must look beyond a simple monetary cost/benefit analysis. The true cost of prison expansion is the destruction of working class communities of color, communities that could benefit from infrastructural investments to their neighborhoods”. Graham went on to criticize the LAO’s report “which encourages maintaining contracts for 9000 prison beds rather than urging the immediate reduction of prison and jail populations.”

The Governor’s proposal and subsequent LAO analysis come in the wake of the San Francisco Board of Supervisors’ rejection of state funding for building a new jail, with Supervisors pointing to the need to instead invest resources into community-based mental health programs. “San Francisco has laid the groundwork for what could be done across California in making a bold statement to reject new jail construction and prioritize real solutions to address community need. If other Counties made similar considerations we could radically change the landscape of California,” said Jamie Gerber from Critical Resistance Oakland and Project What!, two organizational members of the No New SF Jail Coalition. “For instance, if LA County considered a $2.3 Billion educational plan rather than its current jail plan of this size, that would mean an investment of approximately $1 Million in funding  to every LA County public school.”

“With the futures of the state’s most disadvantaged communities at stake, the state must stop funneling money into reinforcing its brutal and destructive prison system. We must begin making investments that will sustainably reduce incarceration, close prisons, and provide true opportunities for people in low-income communities to thrive,” demanded Lizzie Buchen of Californians United for a Responsible Budget, a statewide coalition working to stop prison and jail expansion, reduce incarceration, and invest in the social safety net.

← No New SF Jail Victory Party Raises Funds for Mario Woods’ Family
The Devil is in the Details of Decarceration: Work Group meets to discuss closing jail and building alternatives →