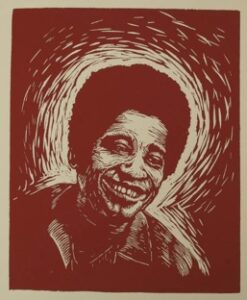 For many of us fighting the ravages of the prison industrial complex, George Jackson is a source of inspiration and discipline. Over forty years ago, George Jackson pleaded: Settle your quarrels, come together, understand the reality of our situation, understand that fascism is already here, that people are dying who could be saved, that generations more will die or live poor butchered half-lives if you fail to act. Do what must be done, discover your humanity and your love of Revolution. Pass on the torch. Join us, give your life for the people.  On August 21,1971, Jackson was assassinated by guards at San Quentin Prison during a prison rebellion.

The month of August bursts at the seams with histories of Black resistance–from the Haitian Revolution to the Nat Turner Rebellion, from the Fugitive Slave Law Convention and the foundation of the Underground Railroad to the Brotherhood of Sleeping Car Porters, from the March on Washington to the Watts Uprising, from the births of Marcus Garvey, Russell Maroon Shoatz, and Fred Hampton to the deaths of W.E.B du Bois and George Jackson’s own younger brother Jonathan killed while attempting to free the Soledad Brothers from prison.  We celebrate Black August, commemorating the anniversary of George Jackson’s death while understanding his life as a revolutionary in a long and unbroken line of resistance and sacrifice of Black people throughout history.

Following CR ally and San Quentin Six veteran Sundiata Tate’s description of Black August as a time to “embrace the principles of unity, self-sacrifice, political education, physical training and resistance,” Critical Resistance’s work this August moves in that spirit.  We continue to join forces across California and in New Orleans to build a unified force to oppose the construction of new cages and the expansion of the numbers of people locked in cages.  We persist in advocating for the California Department of Corrections and Rehabilitation to meet the demands related to the 2011 hunger strikes throughout California’s prisons.  The latest issue of The Abolitionist extends CR’s education and communications efforts on both sides of prison walls with a new issue focused on surveillance.  Through our work with Stop the Injunctions Coalition we contribute to neighborhood spaces such as community gardens in which neighbors can work together to provide the resources they need to stay physically healthy and strong.

In all our work, resistance is the core.  We know that in order to eliminate the prison industrial complex our spirit of resistance must be continually regenerated and reinvigorated.  Through the combined effort by our members, donors, and allies Critical Resistance hopes to honor the legacy of George Jackson and the spirit of Black August all year long. 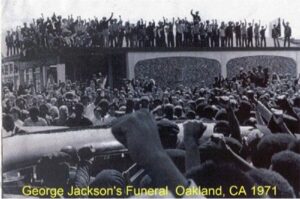