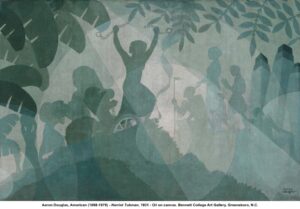 Tuesday, June 19, marked Juneteenth, the commemoration of the end of formalized slavery in the United States.  The date coincides with the last wave of notification of the signing of the Emancipation Proclamation, reaching enslaved people in Texas more than two years after the document was initially signed, and its prominence across the US is often connected to the 1968 Poor People’s March on Washington, DC.  Recognizing Juneteenth provides us with an opportunity to reflect on Black people’s history in the United States, on forced labor and confinement, and on the deliberate disorganization, dispersal, and death of African peoples through the slave trade.  It also seems impossible to consider Juneteenth without reflecting on the rise of the prison industrial complex, as well as Black peoples’ undying resistance to oppression and fights for liberation.

From the emergence of modern policing from enforcement of slave laws and codes, to the ratification of the 13thAmendment to the Constitution, to convict lease, to COINTELPRO, to the war on drugs, Black people have been the target of systemic exploitation, criminalization, dispossession, disenfranchisement, militarization, and brutalization in the US.  The lasting legacies of slavery are present in every aspect of our modern punishment system.  As recently as four years ago, reports indicated that one in 15 Black adults was in jail or prison.  The number soared to one in nine for Black men ages 20-34.  From Sean Bell to Oscar Grant, III, to Trayvon Martin, African Americans are consistently in the crosshairs of formal and informal policing apparatuses, understood as innately suspicious and dangerous. In charting centuries of this violence, it is not extreme to perceive a war on Black peoples in the United States.

While the legacies of slavery are still felt acutely, Juneteenth also provides us with an opportunity to remember that oppression breeds resistance.  We recall the Stono Rebellion or the St. John the Baptist Parish rebellion in Louisiana—during which enslaved people organized resistance and rose up to take their freedom.  We recall The Brotherhood of Sleeping Car Porters, the National Negro Congress, the 1199 Health Care Workers’ Union, and the League of Revolutionary Black Workers—in which Black workers led dogged struggle against poor working conditions and racism in the workplace, and for the dignity of their labor and their right to organize.  We recall, the UNIA-ACL, SNCC, CORE, and other civil rights organizations—through which millions of Black people mobilized to expose the inhumanity of white supremacy and to fight for the most basic rights in the US.  We recall the Deacons for Defense, the Black Armed Guard, and the Monroe Chapter of the NAACP through which people armed themselves and protected their communities from racist attacks.  We recall the Revolutionary Action Movement, the Black Panther Party for Self Defense, and the Black Liberation Army through which the imaginations and legacies of militant self-determination in the US, were linked in spirit and practice to worldwide revolutionary struggles against imperialism.  We recall organizations from the National Association of Colored Women to the Combahee River Collective in which Black women and queer people built deeper understandings of oppression and liberation.  We recall the Association for the Advancement of Creative Musicians, the Black Arts Movement, and the Black Artists Guild in which the radical creativity of Black peoples blossomed and established new art forms and stretched our imaginations and hopes. These examples only scratch the surface of the vast landscape of organizations, rebellions, and communities that make up the collective struggles, histories, and traditions of Black freedom struggle that continue to push us forward.

For many people Juneteenth is also an occasion to reconnect with family—both given and made.  It is an occasion to share food and stories. For Critical Resistance, we also see it as an opportunity to imagine how we might continue to break the grip of the prison industrial complex through our work against the violence of policing, against the expansion of jails of imprisonment, against government attempts to neutralize our struggles for self-determination.  We celebrate Juneteenth as an opportunity to forge stronger alliances across movements and communities to eventually rid ourselves of all the vestiges of slavery—and the build the new world carried in the hearts of our predecessors into future generations.