This summer CR- Los Angeles (CRLA) and CR-Oakland have catalyzed exciting community victories. Due to our efforts, city leaders are increasingly realizing that new jails are harmful and wasteful, and that alternatives to imprisonment are desirable investments. Read our “No New Jails! Alternative Investments to Imprisonment” flyer here. 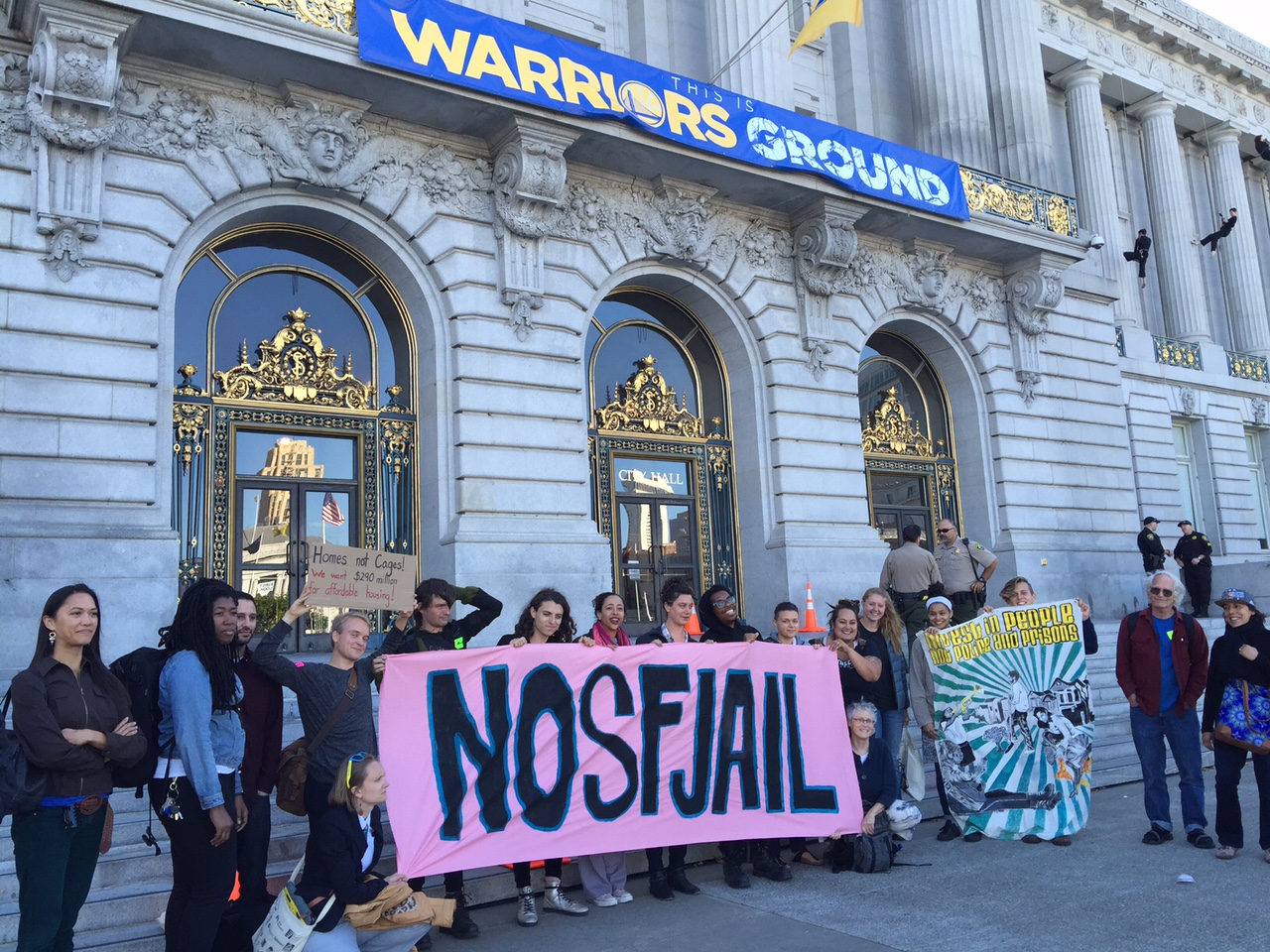 On June 18, CR-Oakland and the No New SF Jail Coalition won the public support of two more Supervisors in San Francisco! CR-Oakland and our allies packed a Board of Supervisors hearing to demand that they halt plans to build a new jail and instead invest in alternatives to imprisonment. At 5pm, Supervisors Eric Mar and David Campos both denounced plans for a new jail. Supervisor Mar stated, “The community remarks from groups like All Of Us Or None and Project What! have changed my position on the jail. Community members have given us a lot of alternative models to look at.  We need to be innovative and really be investigating community-based solutions.”

“The arguments that are being used to justify a new jail are just so unconvincing,” said Supervisor Campos. “We need to build 2,400 units of affordable housing in the Mission…Let’s spend $600 million to build 2,000 new housing units,

We are enthusiastic to keep stripping away the legitimacy of new jail construction and carving out space for viable community alternatives. We’ve been successfully stalling jail construction in CA in these cities, and small victories are things to celebrate. 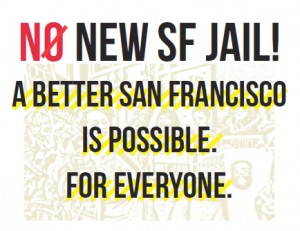 10:30 AM — Hearing at the Government Audit & Oversight Committee on ALTERNATIVES to the NEW JAIL! (room to be announced)

CR-Oakland has just completed No New Jail in SF: The People’s Report to expose the human impact of the proposed jail. Read the report and download it here. 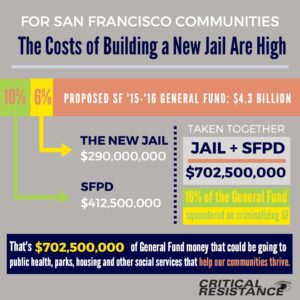 While city officials are moving forward with plans to build a new jail in San Francisco, they are neglecting to consider the impacts on our community: it is destructive to criminalize people with mental health challenges, and Black, Brown, and poor San Franciscans.