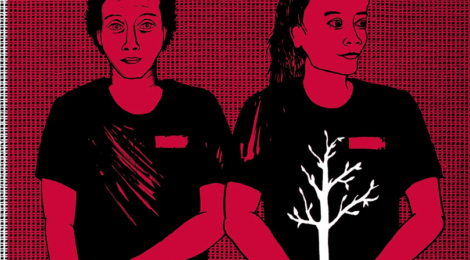 “That money needs to be spent in my community!”

admin / September 27, 2016 / Comments Off on “That money needs to be spent in my community!” / Uncategorized

Whatever excuses are being offered by proponents of the new jail, we must not be fooled by the lies of the PIC, for this is just the latest egregious example of how savings from Prop 47 are being wasted on the shell game that is “realignment” as the state tries to cling to its carceral head count by shifting more incarcerated people to the county jails. In this case, women will be the latest casualties of the PIC’s human chattel grab.

The County of Los Angeles is currently seeking to build a new women’s jail in Lancaster (Mira Loma) as part of a $3.7 billion plan for jail construction. We believe that this $3.7 billion would be better invested in resources for the communities in Los Angeles most impacted by policing and imprisonment, primarily poor Black and Brown communities.

Critical Resistance stands firmly against this and all jail construction as an organization that is working to abolish the use of imprisonment and policing. We believe that all jails and prisons are toxic to the health and wellbeing of those caged within them as well as the people and the environments surrounding them. One aspect of our campaign to stop construction of the Mira Loma women’s jail is to fight the jail on environmental grounds, citing issues with its construction and operation in the areas of water supply and quality, air quality, and hazardous waste.

We solicited testimony and analysis from subscribers to The Abolitionist who are currently imprisoned in the Lancaster area because we are gravely concerned over the violence of the proposed jail and the risks of Valley Fever in that area, including for those who would be imprisoned at Mira Loma. As we receive more responses we will add them below. To protect against potential retaliation, we have only included the first names of respondents.

Critical Resistance Los Angeles (CRLA): Have you or other contacts of yours imprisoned at California State Prison Lancaster (CSP-LAC) contracted Valley Fever while at the Prison?

Samuel: I have been here at CSP-LAC for the past 9 years and have seen a few cases of Valley Fever, although I do not know how many cases have been “diagnosed” here. It does seem that there are an unusually high number of breathing related health issues among the prison population here. Including myself, sinus infections occur regularly. This is a wind prone area, whenever the winds blow excessively or change directions from the mean path (opposite direction) an increased number of inmates “get sick” with flu like symptoms and/or sinus infections. The dust raised by these winds is thick and causes skin irritation if not washed off.

Robert: While I myself have never contracted Valley Fever since being here, I do personally know three people (two African Americans and one Caucasian) who have contracted it here.

CRLA: How has Valley Fever impacted your health, wellbeing, and survival (or that of your contact) either inside or outside of the prison?

Robert: All three of the people I know, were severely impacted by Valley Fever and had to take the full course of medication for an extended time. Each person’s physical health deteriorated to the point of being life-threatening before the recovery finally set in. One guy was outfitted with a shunt to his head in order to drain our swelled excess; another guy was hospitalized; and the third guy was placed on the harshest medication available as a last-ditch effort because all the other medications previously tried on him had failed.

Samuel: For the majority of reasons, I do honestly and firmly think and believe that a great many individuals would be in better general health if not confined to prison period. However, it is a very sad statement to have to admit that there are some prisoners who would not receive any health care whatsoever outside of the prison environment.

Robert: I don’t believe the people I know would’ve contracted Valley Fever if not imprisoned, because they wouldn’t have been subjected to continual exposure to a documented high-risk area. It’s no coincidence that all three contracted Valley Fever within three months of each other, most likely due to the same rash of spores that burst through at the time. I do believe that the three would’ve healed much better if not imprisoned, because they would’ve had access to better medical care. All three were initially misdiagnosed by incompetent medical staff who wrongly argued that their symptoms belonged to supposed maladies ranging from HIV to substance abuse. By the time someone in medical got it right, the condition of all three had substantially worsened. Had the three been on the outside, they most likely would’ve been properly diagnosed sooner, as they wouldn’t have been subjected to the pervasive apathy and constant suspicions of malingering that too often characterize doctors here.

CRLA: Based on your experience and knowledge, do you think that building a new jail in the Lancaster area will be detrimental to the health of imprisoned people and people in the community surrounding the proposed jail site?

Ruben: Based on my experience and knowledge I believe that building a new jail in the Lancaster area will be detrimental to the health of imprisoned people and people in the community surrounding the proposed jail site because Valley Fever which is well known to be in this area will gravely affect those who come in contact with it. Rain stimulates the growth of fungus in the soil and when things dry out there is more spores in the air which increases the infection rate. More people will be susceptible to Valley Fever especially if a new jail is built in the Lancaster area.

Robert: It’s already known and documented that the Lancaster area is a site of Valley Fever spores. Building a new jail would require the kind of deep-digging construction that unleashes Valley Fever spores from within the ground. Unleashed spores would then endanger firs the residents of the community around the proposed jail site, then the to-be imprisoned women once the jail is built, and finally, the current prisoners of the existing state prison in Lancaster, should another wave of spores blow this way.

Samuel: Based on my personal knowledge and experience the so called building of a “new” jail/prison is never a good idea because once built it would have to fill or fail, so the filling of the new facility would come about by WHATEVER means to simply justify the expense.

CRLA: Why are you opposed to construction of a new women’s jail?

T.: That money needs to be spent in my community!

Robert: Besides the obvious, very real Valley Fever risks, a new women’s jail would only serve as a pernicious vehicle to shuttle even more poor women into the maw of the prison industrial complex and away from the suffering communities that desperately need them. Whatever excuses are being offered by proponents of the new jail, we must not be fooled by the lies of the PIC, for this is just the latest egregious example of how savings from Prop 47 are being wasted on the shell game that is “realignment” as the state tries to cling to its carceral head count by shifting more incarcerated people to the county jails. In this case, women will be the latest casualties of the PIC’s human chattel grab.

Samuel: There is already a facility in place at Mira Loma that has been closed since I have been at CSP-LAC (9 years) or longer. My question would be: why was the facility at Mira Loma closed? And why are they talking about building a “new” jail there? (It is a) Hazardous materials site – the soil is dead! Nothing lives in the soil, no worms, insects, or other living creatures like that. When it rains a film covers the puddles, when the puddles dry a alkali like crust is left behind to blow in the winds. Broken bits of glass and other debris come to the surface. Nothing much beyond grass and weeds will grow in the dirt with a great deal of added help. To dig a garden plot is to discover and uncover trash and debris left behind from previous construction and who knows what?

Ruben: I am opposed to construction of a new women’s jail because California is already the prison/jail capital of the nation. Building new jails is not the answer.

Byron: (I am opposed because of) environmental issues with ground soils in relation to Valley Fever spores and health harm to the human body.

CRLA: Instead of building a new jail, what resources would you rather see money being used for?

Robert: Money should be used for re-entry programs that will help people reintegrate into their communities once outside. Such programs should be pre-release – such as education and vocation and substance/healing classes – and also post-release such as job training and employment search assistance. Ultimately we as a society must be vigilant in ensuring that public resources are truly being used to help deny the PIC its human fodder, rather than to build more giant cages that merely expand the belly of the beast.

Samuel: The resources would be better spent on cleaning up the mess that is already in place, and on education to prevent such issues from becoming problems while funding toward rehabilitation is also needed more than the opening of yet another HUMAN WAREHOUSE.