Last week, news broke that as Trump’s Attorney General Jeff Sessions seeks to assert a “tough on crime” approach in his position, he is committed to ramping up the disastrous “war on drugs.” A few days later on Thursday, the US dropped the largest non-nuclear bomb in the world on Afghanistan, a brazen continuation of the devastating “war on terror.” And this past Tuesday, Trump’s administration set its sight again on immigration, vowing to bolster the “war on gangs.” These efforts have for decades resulted in the criminalization, destabilization, and attack on communities here and around the world, and ultimately, have only served to expand the prison industrial complex and its repressive reach.

Under any administration, and especially under Trump, we at Critical Resistance see that the expansion of the PIC to fight “crime” – whether that be categorized as drugs, terror, or gangs – will not only exacerbate broader social and economic problems – it will also be used to grow the repressivepower of the state to target those of us fighting for gains, big and small. The intensified criminalization policies, sentencing, surveillance technologies and practices, and policing tactics that these “wars” have brought about have long been used to stifle dissent and attempt to crush resistance movements.

For instance, with regards to the war on drugs, John Ehrlichman, who was counsel for Domestic Affairs under president Nixon, admitted:

“We knew we couldn’t make it illegal to be either against the [Vietnam] war or Black, but by getting the public to associate the hippies with marijuana and Blacks with heroin, and then criminalizing both heavily, we could disrupt those communities. We could arrest their leaders, raid their homes, break up their meetings, and vilify them night after night on the evening news.”

Although the war on drugs has not been the primary driver of the US imprisonment system’s growth as is often believed, it has still served as a significant force of criminalization and was a major repressive tool, alongside COINTELPRO, to bring down the Black Panther Party and other liberation movements of the 60’s and 70’s. 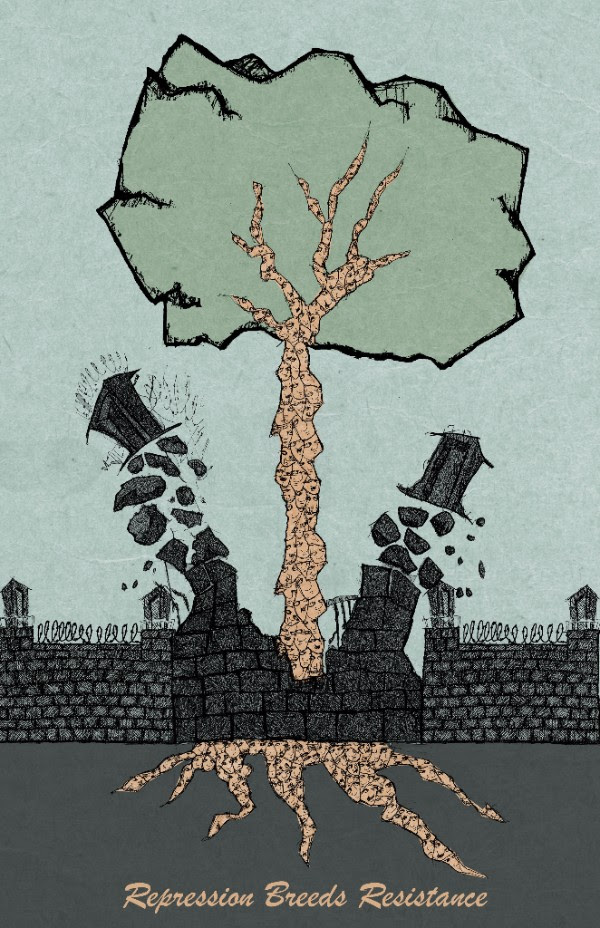 Similarly, the war on terror has reinforced mass surveillance and the targeting of Arab and Muslim leaders and Palestinian solidarity activists, including the cases of Sami Al-Arian, Aafia Siddiqui, the Holy Land Five, and most recently, the imprisonment and impending deportation of Rasmea Odeh. More broadly, technologies and military equipment developed on the pretext of counterterrorism, such as the Stingray and Bearcat, are in wide use by local police departmentsand are regularly deployed for protests, rallies, and demonstrations.

The fight for abolition is a fight to protect and defend our people and movements. Alongside many, we strive to chip away at the PIC, seeking to strip away the state’s arsenal of tools and resources tools that are used to keep us from strengthening our resistance, and ultimately, achieving liberation.