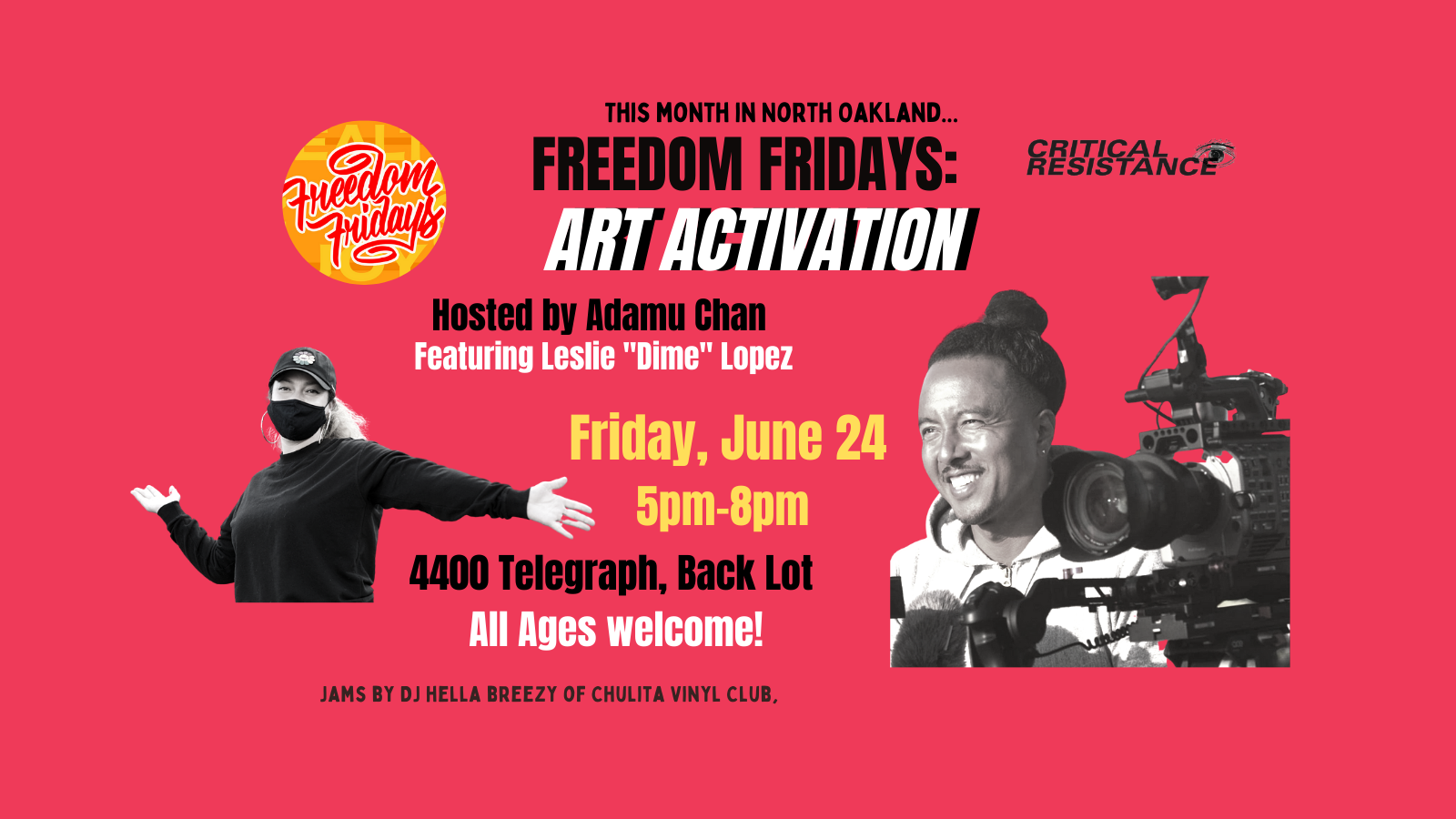 Join us for this month’s Freedom Fridays: Art Activation!

This Freedom Fridays will be an interactive mix of story circle, video making and collective art-making (banner painting and screen printing) in support of the Close California Prisons Campaign. What better way to spend a Friday afternoon than in community, making art, and sharing love for liberation?!

Adamu Chan is a documentary filmmaker, writer, community organizer and 2022 CCSRE Mellon Arts Fellow. “His films focus on the stories and perspectives of folks who have been directly impacted by the prison system, distilling narrative through intimate frames punctuated by monologue. His camera is gentle; his form is straightforward. Yet Chan’s perspective on telling the stories of incarcerated people is anything but simple” – Stanford CCRE 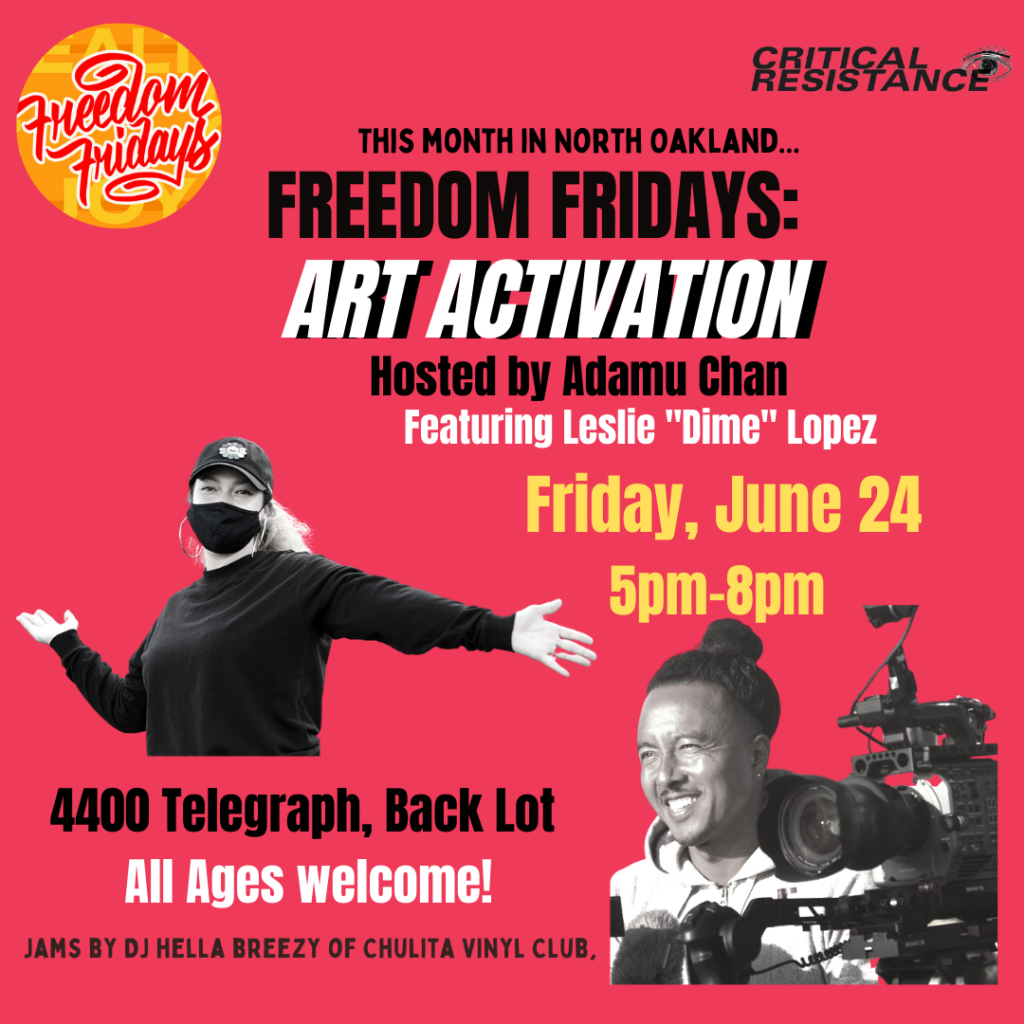 Leslie “DIME” Lopez’s artwork can be found bringing life to walls in East Oakland and in galleries across the US. Well known for her funky graffiti letters and beautiful fierce characters that blossom beyond a canvas, DIME’s work tells stories of community empowerment, collaboration, and life.

Free, all ages and abilities welcomed, bring a friend, tell a neighbor!

What are “Freedom Fridays”?

Freedom Fridays is a monthly socially-distanced community event series at 4400 Telegraph Ave (in the back lot on 44th) where we put prison industrial complex (PIC) abolition into practice through organizing and community engagement. The events are an opportunity to bridge the organizing work of movement partners and Critical Resistance to the Oakland community, specifically the North Oakland neighborhood, and to people inside prisons. We are fighting to increase urgent anti-prison organizing in this time, create and strengthen our movement space, and fight with and for people on the inside and build our collective people power. Come join us each month!

Critical Resistance started Freedom Fridays in December 2020. Read more about the first year of Freedom Fridays, including a summary of each monthly event for 2021, here.