In recent months, we’ve seen an escalation and expansion of gender-based, white-supremacist violence across the political spectrum in the US.

From right-wing consolidation and mobilizations to the overturning of Roe v Wade by the Supreme Court, subsequent sweeping abortion bans across the US, and seemingly continuous mass shootings coast to coast, we see these phenomena as consistent with the same hetero-patriarchal, white supremacist agenda. Already this year, the US has surpassed 300 mass shootings, resulting in the deaths of Black people, and frequently women, girls, and children. The primary response federally has been to increase resources and power flowing toward policing. A record number of over 147 anti-transgender bills were introduced last year and progress through the legislative process this year, threatening the health and lives of one of the most vulnerable populations and criminalizing those who provide support and care. Some of the state legislation that criminalizes abortion and other reproductive and gender-based health decisions also deputize civilians to enforce these laws and police fellow community members, widening the prison industrial complex’s dragnet. Even menstrual-cycle and birth-control tracking digital applications can be used in court against people seeking abortions. Meanwhile moderate and liberal-to-“progressive” leaders reignite reformist policy efforts through a returning call for “gender-responsive” cages.

Imprisonment, policing, surveillance, and criminalization are not the solutions to political, economic or social problems, not in this time of compounded crises and not ever. We will not build the world we need by expanding the prison industrial complex (PIC) in any form.

We know that cages are in direct opposition to our gender or humanly needs, and we know the escalation of state violence causes and magnifies inter-community and interpersonal violence. As state and institutional violence escalate and expand, horizontal or interpersonal violence also intensifies. Since body autonomy, gender affirmation, and reproductive rights are all cornerstones of PIC abolition, it is important for us to recognize that, though horrific, the overturning of Roe and the cascade of abortion bans state-to-state are not random or new threats to our lives. Part and parcel to a multi-generational program of social control, state violence and capitalist consolidation of power and resources that criminalizes dissent, resistance, and at times our very existence, this recent attack is also part of concerted growing effort by the far-right to re-establish and maintain power over the left in the last 50 years. These restrictions historically and presently are used to target Black, Indigenous, poor and low-income, migrant, disabled, queer, gender-non-conforming and transgender lives and bodies most especially. 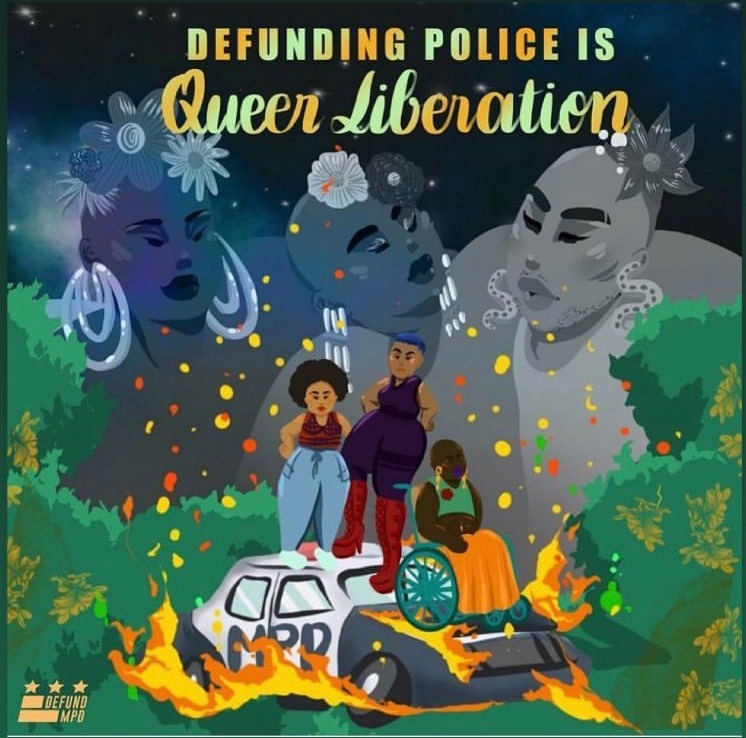 We must stay rooted in PIC abolition as a feminist politic, and in the fact that true, holistic, inclusive feminism does not reinforce racism, ableism, classism or any form of oppression, and requires abolishing the PIC in its entirety. As we fight to dismantle the PIC through strategies like the closure and defunding of prisons, jails, detention centers, and policing programs, we struggle to imagine an alternate world, by changing and building the life-affirming infrastructure all of our communities need to thrive, including access to safe abortions, gender self-determination, and collectivized care. CR’s methodology of dismantling, changing and building is part of a pre-figurative, feminist praxis.

It is easy to feel as though this is the end, as the crumbling of late-stage capitalism often feels unshakeable. The PIC has been a crushing force since its beginning. Yet through decades of struggle we have seen that we can win total liberation. We win when we work in coalition; when we focus on multi-generational, multi-sector movement-building; when we fine-tune, deepen and grow our strategies; when we focus on meeting the moment while advancing through long-term, sustainable solutions as opposed to band aids we must undo later; when we uphold the intersectionality of our communities, our identities, and our power; and when we chip away at all of the systems designed to oppress and divide us. These pathways toward freedom, too, are tenets of feminist praxis. 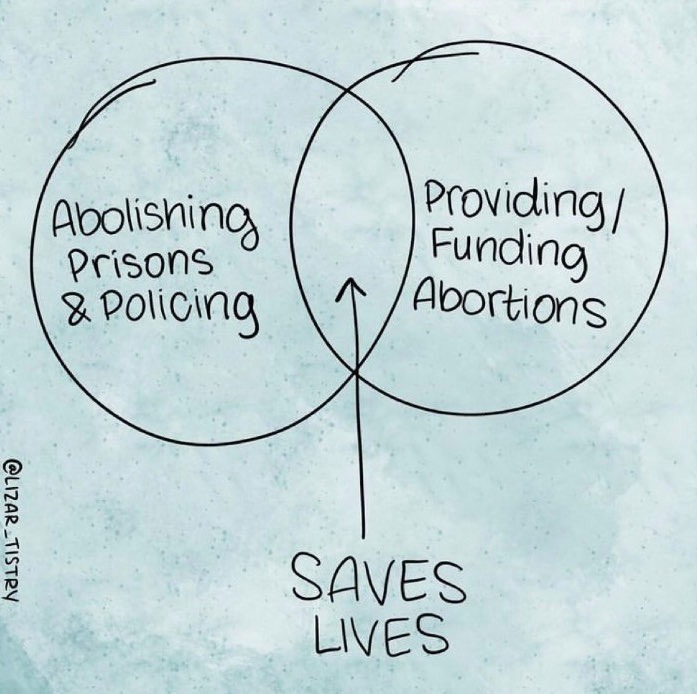 In these trying times, we want to offer some resources and calls to help ground us in this moment, and uplift the ways in which PIC abolition requires a commitment and learning from queer, women-of-color, and intersectional feminisms.

Check out more resources on abolition and feminism by Critical Resistance and our movement partners in our Resource hub here.