Critical Resistance Oakland and Los Angeles’s campaign with Californians United for a Responsible Budget (CURB) to #CloseCAPrisons has been making some game-changing headway in the past few months. 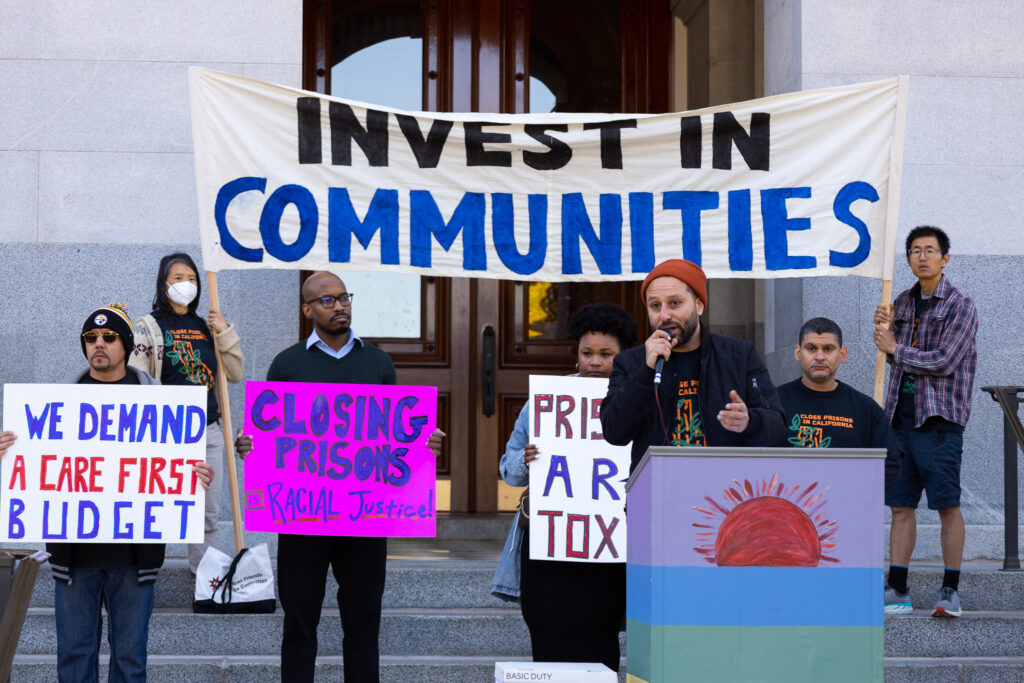 After we mobilized to Sacramento from across the state for Governor’s May Budget Revise, Newsom announced the possibility of more prisons to close in addition to Duel Vocational Institute (DVI) in Tracy (which was closed on September 30, 2021) and CA Correctional Center (CCC) in Susanville, a closure fight stalled in the courts for the last year.

In July, we organized over 100 Californians for Building Power Across The Walls To #CloseCAPrisons, a statewide online information session for the campaign, as we continue to build a two-tiered fight for prison closure: one statewide effort to pressure the legislature in Sacramento to site more prisons for closure, and additional local fights to close specific prisons once closure is mentioned by the governor.

In the last two weeks we’ve won an exciting people’s victory in one of the local fights to close CA Correctional Center (CCC) in Susanville: effectively getting a CA judge to rule that the state closes CCC. The six-decade-old facility that requires $503 million in repairs, was sited for closure by Governor Newsom in his 2022-2023 Enacted Budget to be closed by June 2023. Since the mandate was announced in April 2021, Susanville residents pushed back on the closure order through a lawsuit due to fear and panic of loss of jobs resulting from economic dependency on the prison. CR and CURB has been working since 2021 to get the town of Susanville and the state of CA to see the harm CCC causes, especially as the Dixie Fire in 2021 threatened the lives of over 2,000 people imprisoned at CCC. 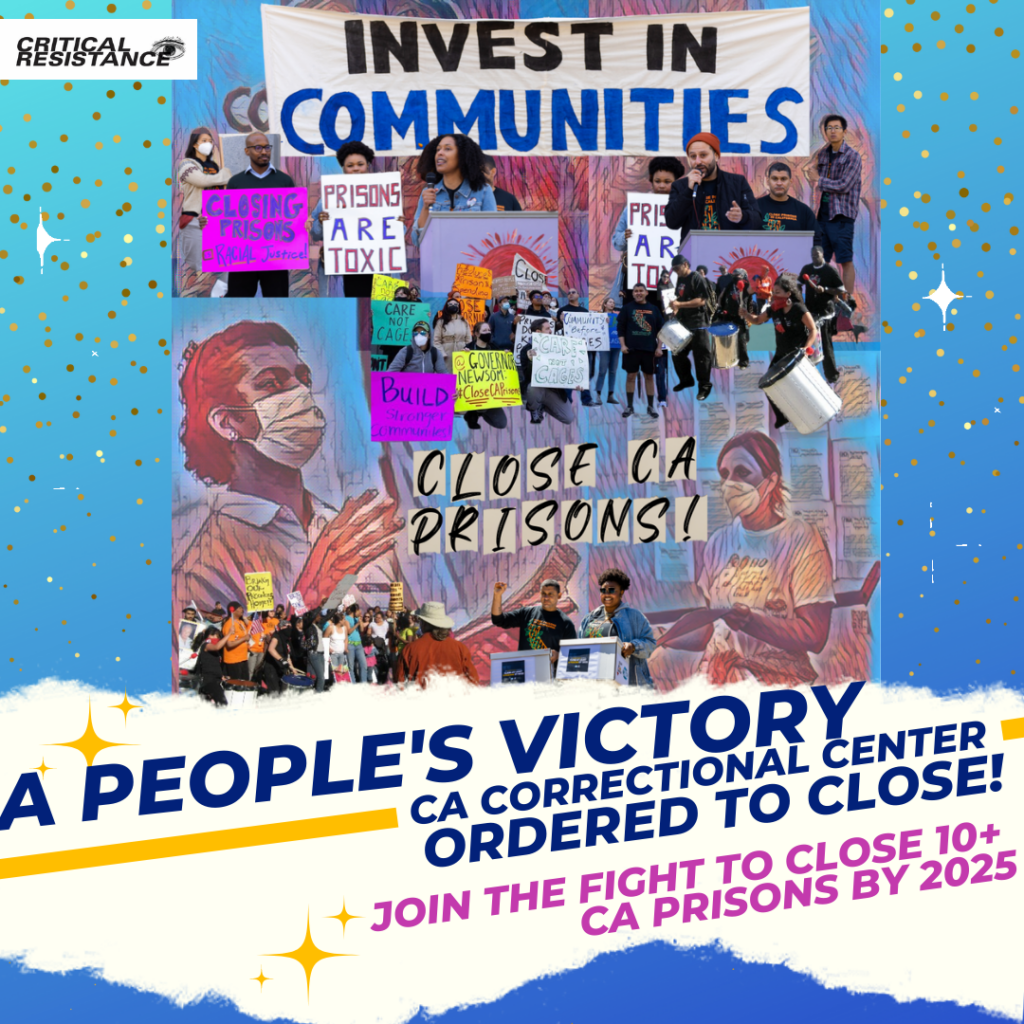 The ruling this month would not have been possible without the steadfastness of people imprisoned in CCC. The case dragged on for a year in a slow arduous process, and CCC prisoners filed an amicus brief in May 2022 to demand it be expedited. After being rejected, incarcerated organizers continued to resist, issuing a public statement on August 23 calling for the court to “do the right thing,” to move on from this case and shut the prison down. CCC is ordered to close by June 2023, and CR and CURB are now working to expedite the closure process, because:

We believe the state has every ability to close CCC well before the June 2023 mandate. Let’s fast track the long overdue closure of CCC in tandem with MORE prison closures, in the name of a healthier, greener, more just California! JOIN US!

Sign up on our outreach form to support the campaign here.

KPFA Interview with Brian Kaneda from CURB: “The economic benefit to prison closure as CA closes facility in Susanville”

Check out the fill interview here: