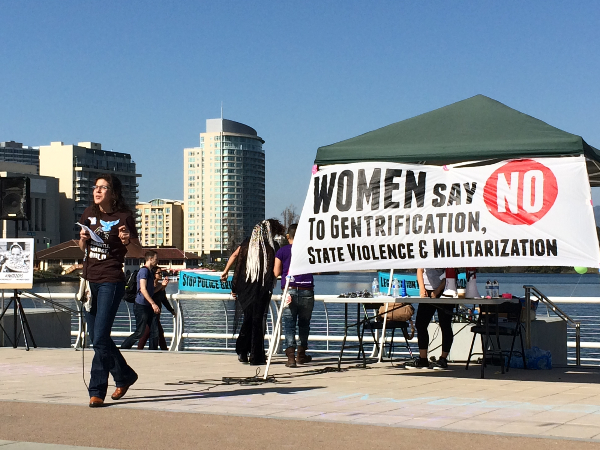 At Critical Resistance, we believe in a world free of borders, bars and barricades. We live for a world in which the boundaries of our collective imagination burst open with the brilliance of shared liberation. We dream of a world in which all women are respected and supported no matter who they are because they live in a society that invests in people not prisons.

So, we honor the legacies of power and resistance— legacies that together we walk with today—that will and must carry us into a liberated future–a future, in which our communities are nurtured by adequate food, shelter, freedom and health; so that we can push out of existence this nation’s destructive addiction to cages, border patrols, police and militarization.

In the words of Assata Shakur:

“We need a r/evolution of the spirit.   The power of the people is stronger than any weapon.  A people’s r/evolution can’t be stopped. We need to be weapons of massconstruction.  Weapons of mass love.  It’s not enough to just change the system.”

Assata calls on us to create a world that does not depend on the prison industrial complex to solve historically deep socio-economic inequalities.  She reminds us that justice does not occur simply by assimilating so-called gender equality, racial sensitivity and recognition of immigrant people into a system of state terror and surveillance that is at its core designed to exploit, entrap, and control human life.

We must rewrite the world.  Because if we don’t, what we can already see in the official responses to the beautiful uprisings that have taken place this year, is that the state hides new forms of oppression under its false promises of “just” reform.

They may look pro-woman and anti-racist on the surface, but many reforms ultimately reinforce and disperse a state-sanctioned system of mass incarceration. For example:

We do not want prettier prisons and imprisoned communities.

Covert redesigns and expansions of the prison industrial complex do not make us safer or more secure.

They introduce fear, and violence, division and repression into nearly every stage and corner of our lives and society. 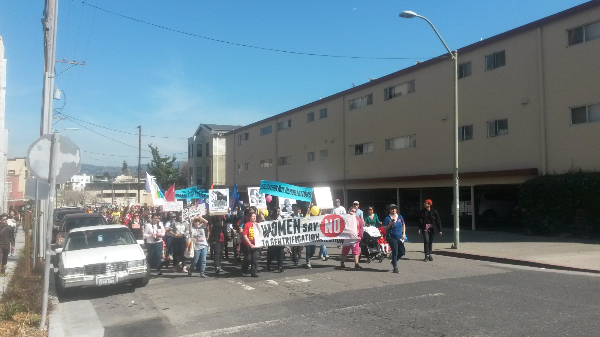 We need to be weapons of mass construction— to rebuild a new system as much as we tear down the old.  That, perhaps, is what Assata means, when she asks us to act as “Weapons of mass love.”

Last weekend, CR-Los Angeles presented on their fight against the proposed women’s jail project in Los Angeles at Building Together: Intersectional Strategies for Challenging Prison Expansion and Achieving Gender Justice hosted by our allies Justice Now.