Critical Resistance (CR) and Los Angeles Poverty Department’s (LAPD) event on February 20th 2016 Abolition and the Radical Imagination seeks to evoke a fundamental re-envisioning of the future of Los Angeles shifting away from imprisonment, to truly uplift its community members. The event will centralize discussion of community members’ fight against the LA County jail proposal within a broader framework of abolishing the prison industrial complex. Poet Fred Moten who will be speaking with Angela Davis, Melanie Cervantes, and Robin Kelley on February 20th, explains, “This conversation is just a small part of the larger conversation we’ve always been having, that we need now to keep having, about how to defend ourselves and practice another way of living on the earth.” 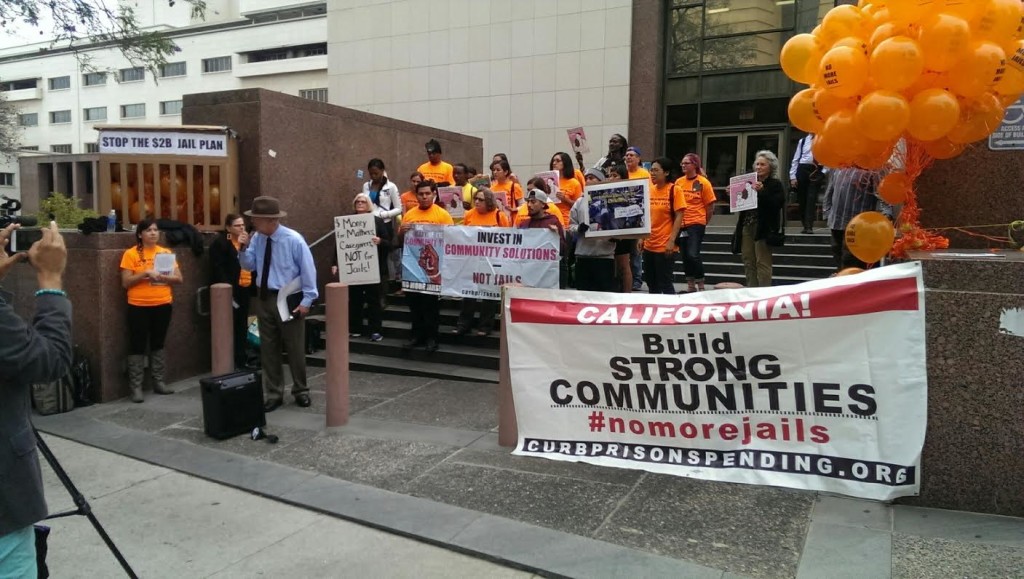 In the context of ongoing resistance to jail construction, the event will give voice to community members fighting the false notion of gender responsive jails. As CR-LA member Shabina Toorawa points out, “as women of color, as mothers, and as primary care givers, we support reproductive justice and trans power, and we know what true gender empowerment is. It certainly isn’t imprisonment, lock up, and jail expansion.”

As LA County proposes to continue to expand its jail system – the largest in the word – the nation looks to decarcerate our jails and prisons. Through a combination of State and County funding, Los Angeles would spend over $2 Billion on new jail construction. Matt Weathers, a member of CR-LA highlighted this disconnect. “People around the country are calling for an end to the imprisonment of Black and Brown communities, yet we’re here in LA in 2016 where our Board of Supervisors is trying to recklessly rush towards building new jails that will cost us over $2 billion in construction alone, with costs sure to grow.” He continued on the need for community action, saying that “we won’t let the Board of Supervisors and the LA County Sheriffs position themselves to be the main so called ‘service providers’ for communities of color in Los Angeles. We need to have our resources going towards solutions that will empower and strengthen our communities rather than destroying them.”

Kevin Michael Key, a member of LAPD, admonishes the State for prioritizing the jail plan over much needed funding for the basic care of his clients on Skid Row. “While our education, housing, and healthcare services struggle to find resources, we can somehow always find funding for new cages. This $2 billion jail plan shows that the State and local government officials’ vision for our communities is not a healthy vision.” Community members are well positioned to fight LA County’s jail building efforts as they have mounted a strong defense and stalled jail construction for the last ten years, and just within the last year managed to delay the Mira Loma Jail proposal several times. Organizers in the jail fight will help build a radical inspiration for their ongoing work through this event. Kevin Michael Key continued “As our communities grow ever more organized, we will find new ways to disengage from State violence and rely upon new norms that create and enhance community health and well-being.”