Through the Defund OPD Coalition, CR Oakland’s anti-policing workgroup has been working to cut the Oakland Police Department’s budget by 50%, and to ensure those funds are reinvested in much needed community resources, services, and programs that keep us safe and healthy. 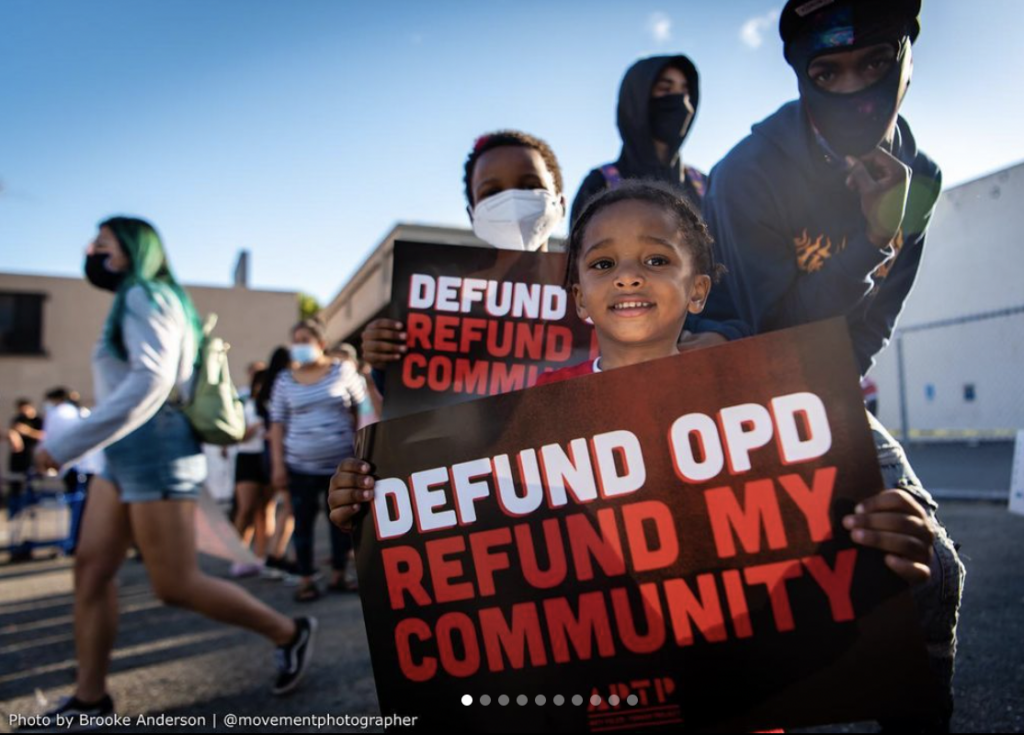 Over the past six months, Critical Resistance Oakland has participated in the Defund OPD coalition as part of the collective fight to shift Oakland’s reliance on policing. CR Oakland has rallied with the coalition in support of robust mental health response that is decoupled from policing. We have fought back against calls for increased policing in response to an escalation of violence targeting Asian community member in Oakland Chinatown – instead prioritizing community based responses.

50% is only the first step. Our ultimate goal is to disband and abolish OPD.

Click the link to add your voices to our demands! 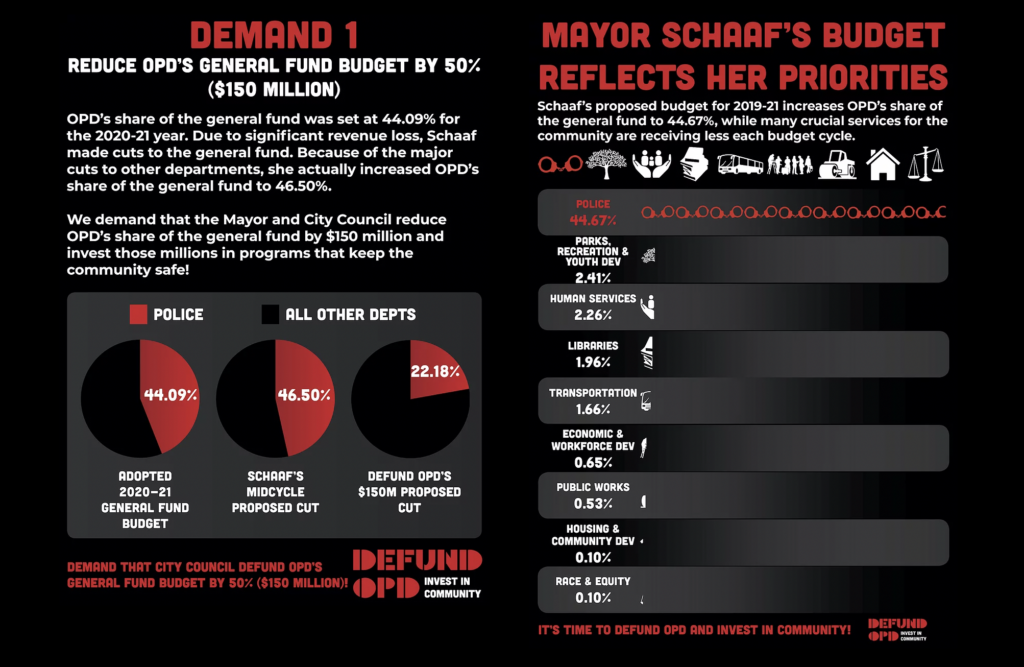 Currently OPD’s budget takes up almost half of the city’s general fund, and this campaign seeks to keep our communities truly safe through diminishing the size and scope of policing through reinvesting in living wage jobs, housing for all, healthcare, and other essential services that promote strong and self-determined communities. Despite political maneuvering on the part of the Oakland city mayor Libby Schaff, the Oakland Police Department, and their allies to sow divisions in our communities, the coalition continues to take great strides in achieving its campaign goals through both advocacy in task forces and city council meetings, as well as on-the-ground grassroots outreach, research, movement building, and community surveys. 65% of Oakland residents want to Defund OPD by 50% and invest those funds in community, according to a OaklandRising poll of 1100 Oaklanders, the majority of whom were Black and Indigenous people of color from the flatlands. 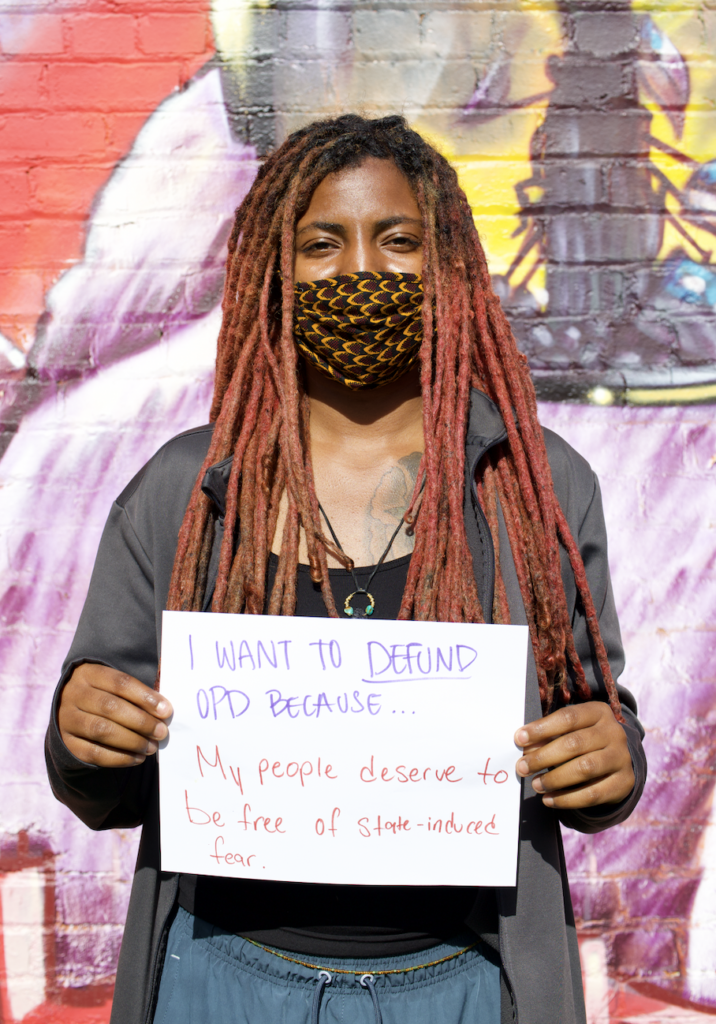 On April 18, the coalition held a Community Forum at Akoma Market/Liberation Park in Deep East Oakland. Through speaker programs, flyering, and community visioning activities, hundreds of Black and Brown community members were able to engage with the campaign and get information on how to mobilize in support. In May, the coalition successfully blocked the Mayor’s 11% increase to OPD budget.

We know what keeps us safe. We know that we can create safer communities if we invest in known drivers of public safety: housing, jobs, mental health, violence prevention. Through building radical community, strategically putting pressure on officials, and connecting with allies, the coalition is primed to continue building collective power on its way to victory!