Prison closure is on our horizon. As part of Californians United for a Responsible Budget (CURB)’s Prison Closure Workgroup, we are demanding the state start by closing 10 prisons in the next 5 years, and then continuing to close more prisons until the state divests entirely from imprisonment. 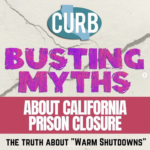 During the COVID-19 pandemic, Governor Newsom’s office pledged for the first time in California history to close two state-owned prisons in the next three years. After CA’s wave of prison construction was halted by the historic Delano II campaign, now the prisoner population has been decreasing for 15+ years, the lowest it’s been in 30 years. While the non-partisan Legislative Analyst’s Office has recommended the state close 5 prisons for logistical and financial reasons, Critical Resistance and CURB are fighting for at least ten prisons to be closed. Prisons have always been a public health crisis, and we saw this exceptionally so during the COVID-19 pandemic, when Governor Newsom’s inaction led to hundreds of deaths inside California cages. Prisons reproduce the gender, racial, and economic violence that plague our communities, and harm our most vulnerable people. 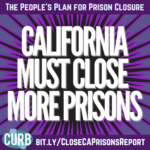 CURB has produced a Prison Closure Memo and detailed budget analysis to help guide this process and released a detailed People’s Prison Closure Plan in the spring of 2021, a roadmap for system actors providing recommendations for which facilities to close; an analysis of cost-savings to be captured and reinvested in adjacent communities; and data-driven information about the roles both racism and extreme sentencing continue to play in both prison expansion and overcrowding.

Both the Oakland and Los Angeles chapters of Critical Resistance have joined CURB’s prison closure campaign, fighting to close prisons from southern to northern CA, and supporting media, grassroots mobilization and overall strategy efforts of the campaign. As we gear up for a hearing on prison closure in early 2022 in Sacramento, we’re working to build critical relationships with local community groups and stakeholders in counties where prisons are either sited by the state for closure or recommended based on a people’s criteria for closure that CURB put together with input from people currently imprisoned.

Let’s close prisons and put our resources to what truly keeps us safe across our communities statewide: Sustainable community infrastructure, such as education, affordable housing, and environmental justice, access to stable jobs, and responses to harm that don’t involve punishment, policing, imprisonment, or surveillance. California needs care not cages! Abolition Now! 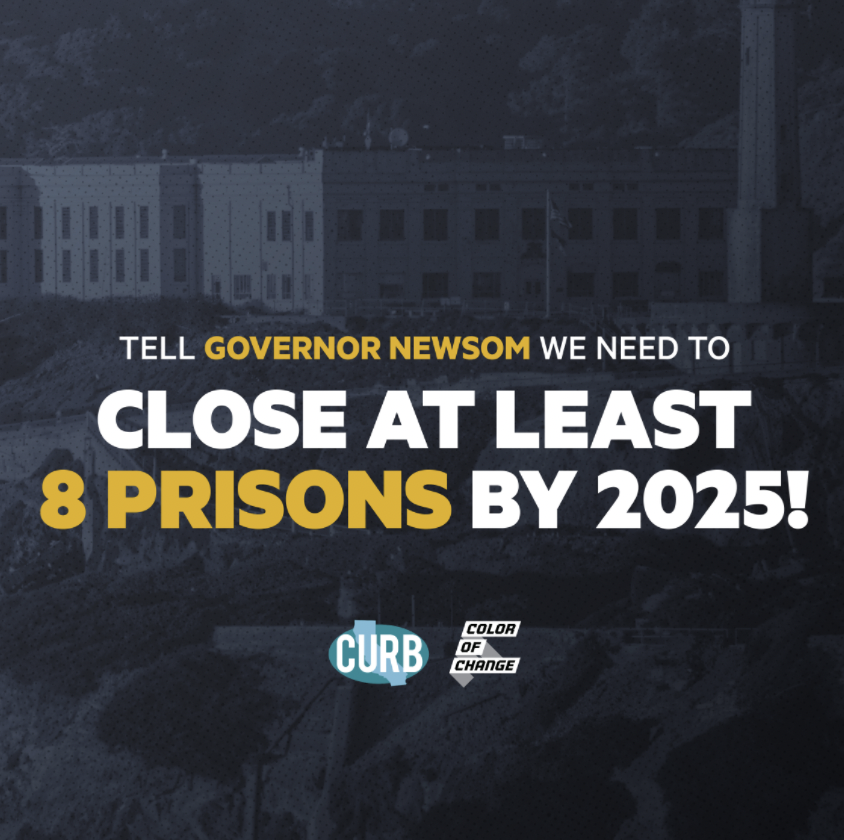 Right now, Californians are facing unprecedented fires fueled by climate change, the COVID-19 pandemic and a reckoning on racial justice. These intersecting crises have exposed what many Black and marginalized communities have known for decades: there’s nowhere worse to be during dangerous times than inside a toxic prison.

In The People’s Plan for Prison Closure, advocates inside and outside of prisons have identified some of the worst prisons in California. We must shutter these cages immediately in the interest of racial justice, environmental justice, economic justice, and public health.

Join us in demanding the state of CA invests in and protects the safety, health and sustainability of all of our communities ⤵️