This past week, we were saddened at the loss of two incredibly powerful figures. Cedric Robinson and Muhammad Ali were among the most highly revered and admired individuals for wide ranging reasons. But what they shared in common was an unwavering commitment to Black struggle and standing against the oppression of Third World people everywhere. Their passing provides an opportunity, therefore, to reflect and to honor their work, the risks they took, and the spirit they exuded. May their passing reinvigorate our will to resist and sharpen our understanding of what we are fighting against. 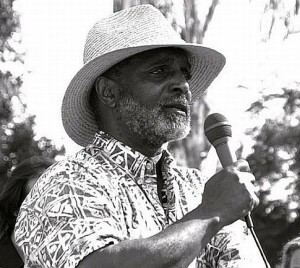 Cedric Robinson’s work has deeply informed the way racial capitalism is understood and fought against, including Critical Resistance’s analysis of and struggle against the prison industrial complex. His singular contributions to Black radical thought and Third World liberation as a scholar and revolutionary thinker continue to empower radical movements internationally. At CR, we remember Cedric Robinson as we continue to fight for abolition and towards liberation. These words from Robinson in 1999 ring more true than ever today, foregrounded by hope and revolutionary spirit:

“But the world is dynamic, constantly changing, constantly creating new possibilities. All over the US, Black Radicalism is manifesting itself in urban churches, in theory and practice. What will be the next phase, when the rule of law becomes transparently farcical, the Christian right achieves its fascist perfection, and the State acquires a predominantly carceral posture towards the majority of Blacks, Latinos, etc.?” 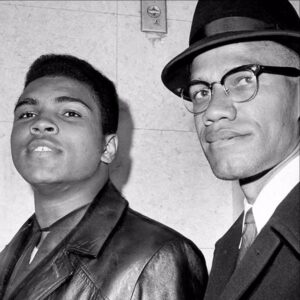 Muhammad Ali also shared this uncompromising commitment. At a time when it was unpopular and detrimental to one’s own livelihood, Ali sacrificed his unparalleled boxing career by boldly refusing to be drafted for America’s imperialist war in Vietnam. He knew very well that his enemy was American empire and white supremacy (which the mainstream conveniently glosses over as it whitewashes his legacy), and identified with the Vietnamese and those fighting for self-determination.

In his own sharp words: “I’m not going 10,000 miles from home to help murder and burn another poor nation simply to continue the domination of white slave masters of the darker people the world over. This is the day when such evils must come to an end. I have been warned that to take such a stand would cost me millions of dollars. But I have said it once and I will say it again. The real enemy of my people is here. I will not disgrace my religion, my people or myself by becoming a tool to enslave those who are fighting for their own justice, freedom, and equality.”

CR joins many honoring the enormous legacies of both Robinson and Ali, and will continue to draw inspiration from their contributions to the struggle for freedom.