This past month, CR PDX has been pushing the Care Not Cops campaign to move swiftly in demanding real safety and resources for our most vulnerable community members, supporting prisoner solidarity caravans calling for immediate prisoner release throughout Oregon and trying to stop Mayor Wheeler from acquiring millions more for increased policing in Portland. 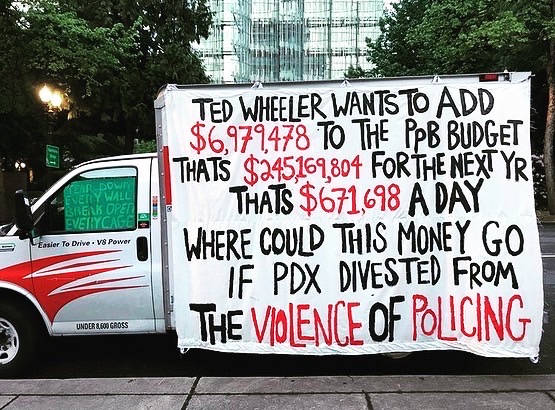 As the city of Portland repeatedly canceled normal budget forums where community weighs in on how money is spent, and the Mayor is proposing $7 million increase to the police budget, Critical Resistance responded by organizing a People’s Community Forum and screening video testimony in front of the Mayor’s house while continuing to mobilize public speakers to give testimony at the re-schedule City meetings.