Critical Resistance (CR) joins communities of resistance in mourning the loss of historian, geographer, abolitionist intellectual and organizer Mike Davis. He passed away last Tuesday, October 25th at age 76 after a long battle with cancer.

CR is indebted to Mike Davis and his precise analysis, sharp historical materialism, and ability to inspire and breathe revolutionary hope amidst bleak conditions of squalor and violence under racial capitalism. 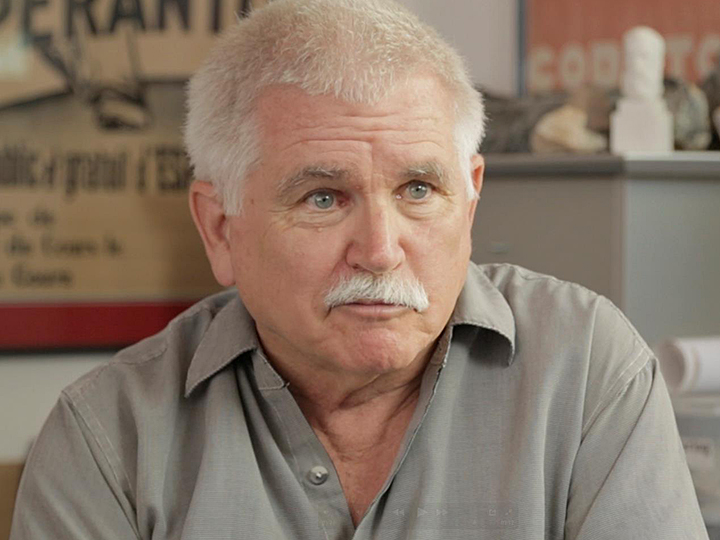 Among many of Mike Davis’s contributions to anti-capitalist, liberatory struggle, he provided clarity of purpose and direction for abolitionists to be able to assess changing and tumultuous political, economic, and social landscapes. The importance of his powerful writing, analysis, thinking, activism, and organizing that for decades equipped and sharpened our fights against systems of oppression cannot be overstated. His legacy and the body of work he left behind will undoubtedly continue to inspire and bolster efforts for liberation for generations to come.

For CR, Mike’s anti-capitalist analysis has been foundational to us as an organization, our mission, how we understand systems of state violence and control, and how we can organize against them to fight. Indeed, it was Mike who gave us the term “prison industrial complex” (PIC) to articulate the interconnecting interests and structures that use policing, imprisonment, and surveillance as a way to address our society’s social, political, and economic problems. Speaking at our founding conference in 1998, he clearly articulated the stakes of the rise of the PIC, and the severe and deadly impacts on Black, Brown, and working class communities: “Each of those prisons is a school or a hospital that will never be built. This California gulag archipelago is more of a direct threat and immediate danger, more of a hazard to the health of the people of California, than the San Andreas Fault. No society since Nazi Germany has built so many prisons in such a short amount of time.” 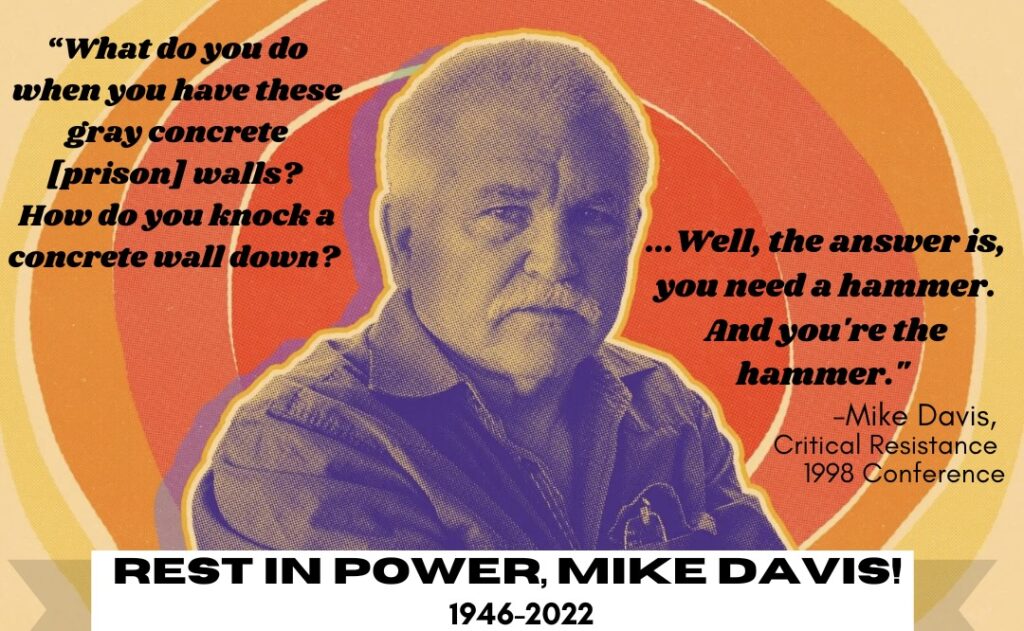 Mike ended his talk with a directive to what became CR and the budding fight for PIC abolition: “What do you do when you have these gray concrete [prison] walls? How do you knock a concrete wall down? Well, the answer is, you need a hammer. And you’re the hammer.”

We proudly carry forward as the hammer to shatter the PIC, and will continue to do so forever inspired and propelled by the legacy of Mike Davis. Close comrade, dear friend of Mike’s, and CR Community Advisor, Craig Gilmore said: “In addition to the work he’s left us, he introduced thousands of people to each other, to new organizations, to new & old ideas. He connected us in ways none of us could have imagined…[Rest in power] to a remarkably generous man.”

This Friday, Nov. 4 from 5-6:30pm ET, Haymarket Books is hosting “Fight Like Hell,” a tribute to Mike Davis’s life and legacy.

The tribute will feature three of his longtime allies – Ruth Wilson Gilmore, Angela Davis, and Geri Silva. Join us in attending and celebrating the life and revolutionary contributions of Mike Davis. RSVP to attend.