In November 2018, Critical Resistance (CR) was proud to be amongst health workers and anti-policing organizers as we achieved a huge victory at the American Public Health Association (APHA) annual conference.  Voting representatives of the APHA, a body of over 25,000 public health professionals, overwhelmingly adopted a policy statement that identifies the violence of policing as a public health issue, and consequently advocates for decriminalization measures, divestment from law enforcement, and alternatives to policing. Critical Resistance (CR) is ecstatic over this victory, having worked with authors since 2015 to maintain its abolitionist politics against critique and build national support for its passage. 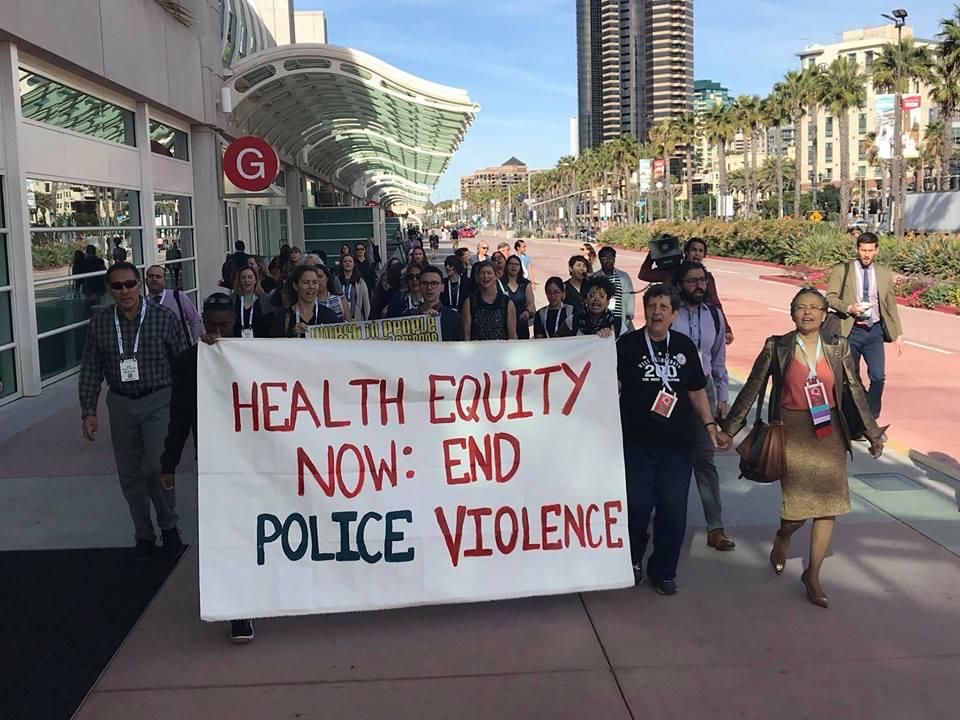 A group of dedicated public health educators, researchers, and medical professionalsworked for three years on this “Law Enforcement is a Public Health Issue” policy statement and organized with fierce dedication to secure the victory this week. Jade Rivera, one of the co-authors, noted “The passage of this statement and the recognition of policing as violence is a huge victory against racism and classism in this professional field. Our goal is for this work to be used to further organizing, research, and education in the field of public health and beyond.”  Authors of the statement work among and come from working class communities of color who are overwhelmingly targeted by the violence of policing. They were prompted to take action in their field to push public health agencies and workers to apply a comprehensive, holistic approach to prevent and proactively address the trauma, repression, and disruption of communities caused by policing agencies.

Policing reinforces the economic abandonment of poor and working class communities of color, exacerbating such problems as environmental injustice, lack of access to food, unemployment, housing displacement, and decreased access to health care. While these problems are commonly viewed as public health issues, rarely do leaders in the field of public health take a position on how policing is a non-neutral state project that augments these systemic harms. Until now. 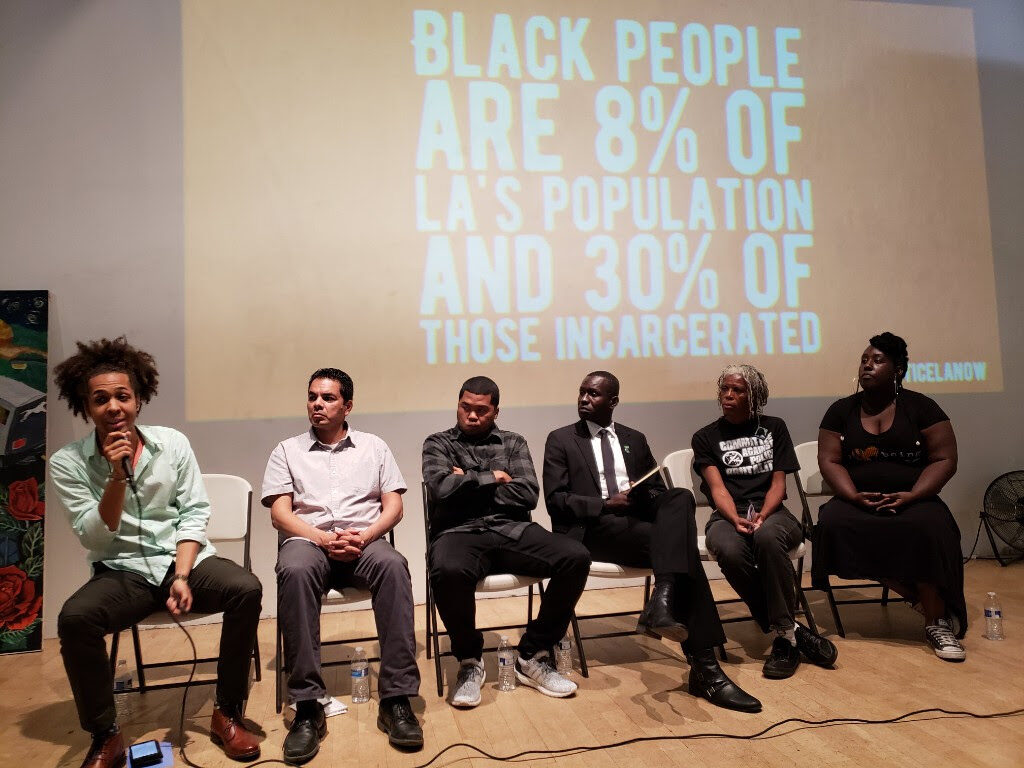 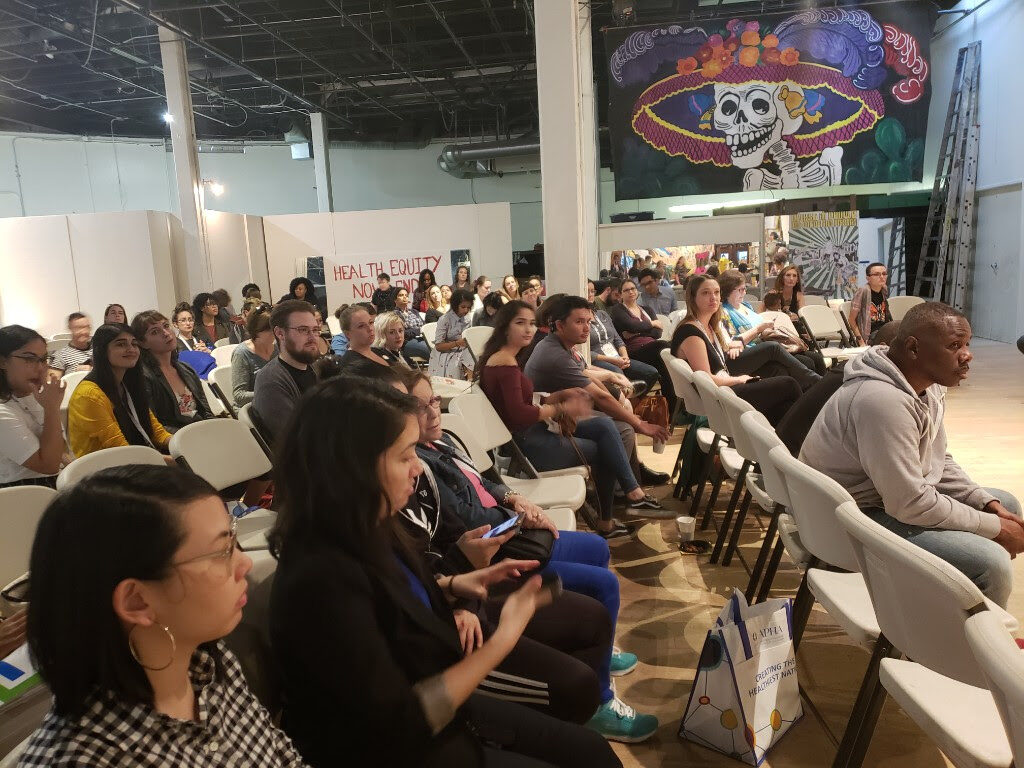 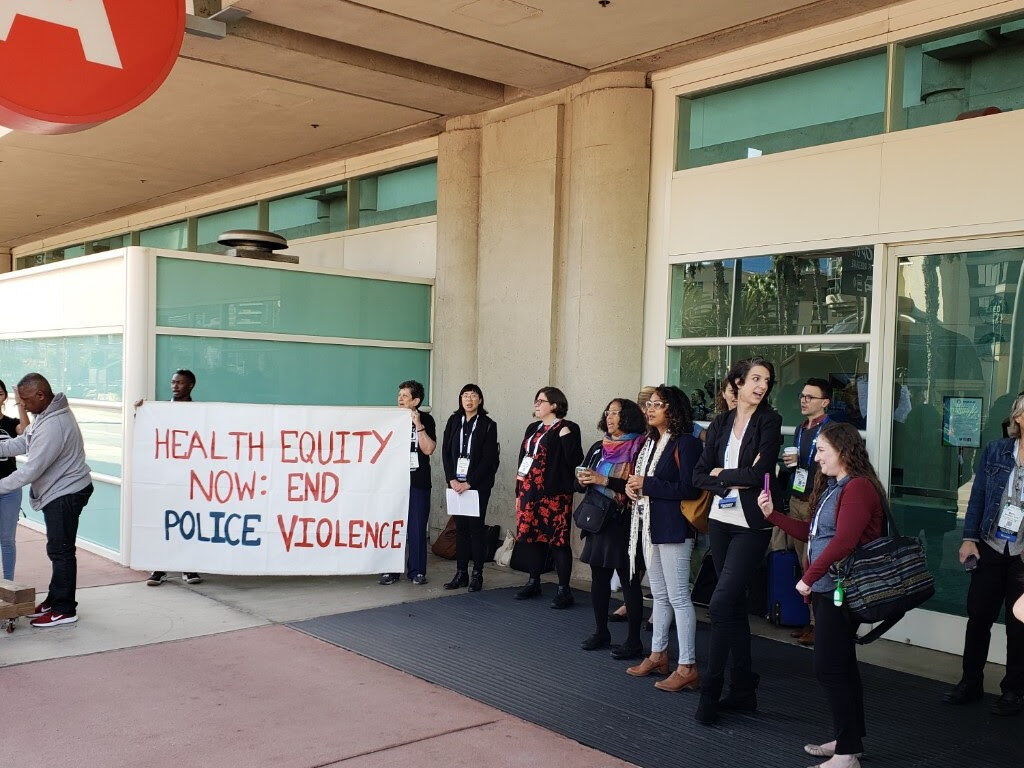 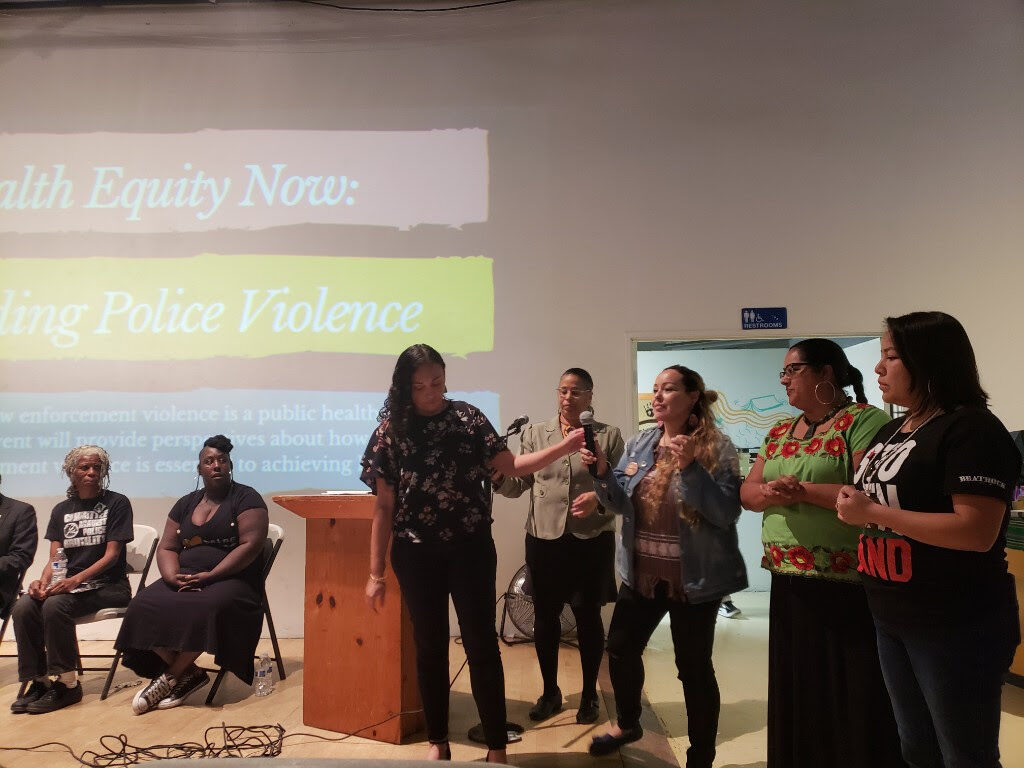 Public Health as a Goal and a Strategy

The policy statement identifies that the violence of policing is systemic in our society, and “results in deaths, injuries, trauma, and stress which disproportionately affect marginalized populations (e.g. people of color, immigrants, individuals experiencing houselessness, people with disabilities, the Lesbian Gay Bisexual Trans and Queer (LGBTQ) community, individuals with mental illness, people who use drugs, and sex workers.” We encourage organizers to use this policy as an organizing tool in your campaigns and leverage it to demand the abolitionist changes we seek. The policy statement cautions against ineffective police reforms and urges decision makers on all levels of government to shift resources away from policing. Abolition is an affirmative project, after all, and “Law Enforcement is a Public Health Issue” strongly advocates for community-based and centered alternatives, resources, and solutions.

Recognizing the system of policing as a threat to our communities’ health and well-being has deep roots in our movement. For instance, the Black Panther Party, known for public health interventions such as free breakfast programs and community clinics, identified police brutality as “America’s greatest health problem.” CR’s campaigns and coalitions working to fight policing and imprisonment continue to identify the ways in which the violence inherent to these systems erodes community health. We found this statement useful in our campaigns such as Stop Urban Shield, where we needed to urge decision-makers to eliminate militarized emergency preparedness trainings and center life-affirming strategies. Our work is opposing the use of police as mental health responders in Portland, fighting jail expansion on land prone to Valley Fever in Los Angeles, equipping Oaklanders to respond to emergencies without engaging the police, and rejecting the New York Mayor’s notion that community based jails will foster greater well-being. QUOTE FROM PHAL COMING BY 5pm.

In officially passing this statement within one of the leading health associations of the county, public health workers build on a legacy of resistance making connections between the violence of policing and community health. Liz Kroboth and Emma Rubin, also two co-authors of the statement, stated that “Our work is not over. We look forward to continuing the work with APHA to push for public health alternatives to policing in order to reduce harm to marginalized people by agents of the state.”

Critical Resistance hopes that anti-policing organizers and health advocates alike will use this win as a tool to leverage their struggles.

Please bring this victory to your organizations, communities, coworkers and classrooms! We know that law enforcement is a public health issue and we now have 25,000 more professionals on our side to amplify the call for abolitionist solutions. Onward, toward health!

This pamphlet shares ideas about the action steps, organizing talking points, and a worksheet for implementing the APHA statement where you are. Check out and share media coverage on the Ending Police Violence website (see sidebar)! Bring this worksheet to your community groups and organizations to learn about this win and to put it to use in your campaigns! 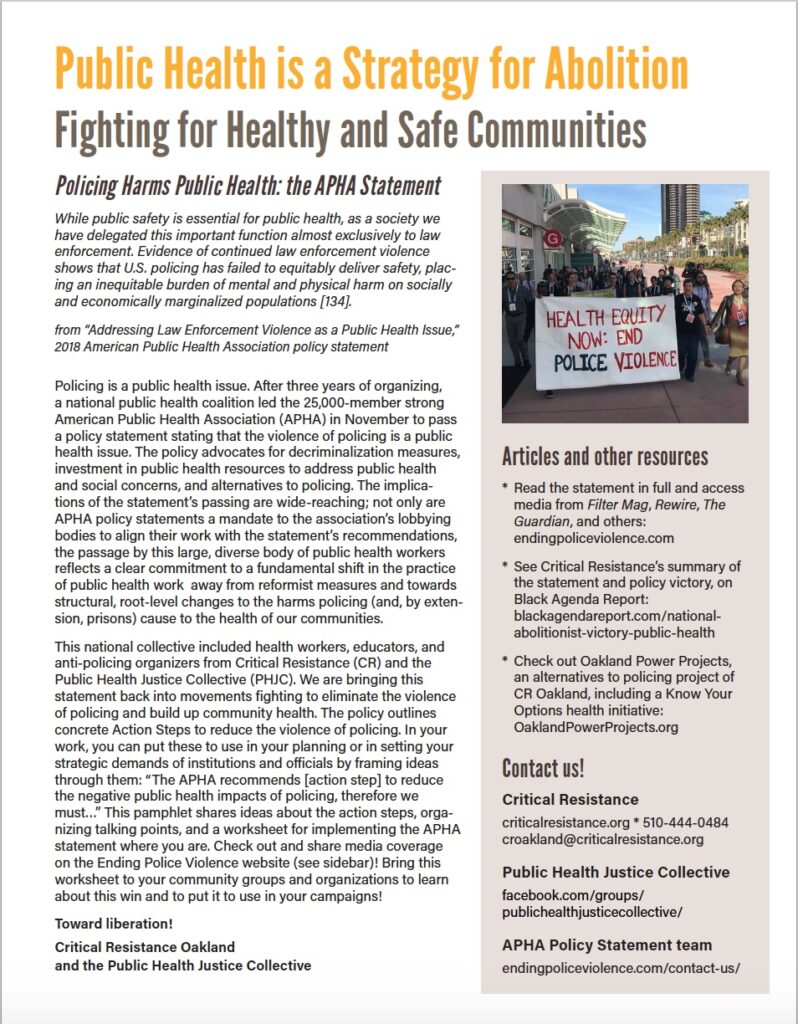