Critical Resistance joins the many fighting against the prison industrial complex in commemorating this month as Black August. In a month dedicated to prisoners’ reflection, education, struggle, and solidarity, we take the time to reflect on and be inspired by the deep legacy of Black resistance in August as we continue to work against jail expansion in San Francisco and Los Angeles, policing in Oakland and Portland, and advance calls to shut down the notorious Attica prison in New York.

A central part of our work, and particularly significant during Black August, is to uplift the voices of imprisoned people struggling against their oppression. Next month, two important events are taking place, organized by currently and formerly imprisoned people. Please see below for more information, and join us in amplifying the powerful movement behind prison walls. 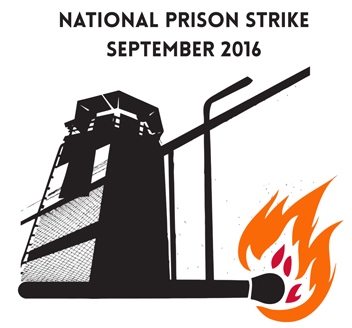 Critical Resistance works for an end to imprisonment and stands behind prisoner led efforts towards this end.

“Prison impacts everyone, when we stand up and refuse on September 9th, 2016, we need to know our friends, families and allies on the outside will have our backs.”

From the Prisoner Led Call: In one voice, rising from the cells of long term solitary confinement, echoed in the dormitories and cell blocks from Virginia to Oregon, we prisoners across the United States vow to finally end slavery in 2016.

On Sept. 9 of 1971 prisoners took over and shut down Attica, New York State’s most notorious prison. On Sept. 9 of 2016, we will begin an action to shut down prisons all across this country. We will not only demand the end to prison slavery, we will end it ourselves by ceasing to be slaves…

Prisoners all across the country regularly engage in myriad demonstrations of power on the inside. They have most often done so with convict solidarity, building coalitions across race lines and gang lines to confront the common oppressor.

Forty-five years after Attica, the waves of change are returning to America’s prisons. This September we hope to coordinate and generalize these protests, to build them into a single tidal shift that the American prison system cannot ignore or withstand. We hope to end prison slavery by making it impossible, by refusing to be slaves any longer.

To achieve this goal, we need support from people on the outside. A prison is an easy-lockdown environment, a place of control and confinement where repression is built into every stone wall and chain link, every gesture and routine.

When we stand up to these authorities, they come down on us, and the only protection we have is solidarity from the outside. Mass incarceration, whether in private or state-run facilities, is a scheme where slave catchers patrol our neighborhoods and monitor our lives. It requires mass criminalization.