The Attica Interview Project was initiated by Critical Resistance to support prison closure organizing in New York. Through oral history and organizing we seek to document the continued legacy of repression, survival, and resistance at Attica. By producing media as a resource for building movement, we strive to highlight the experiences of formerly imprisoned people and their visions for transformation. 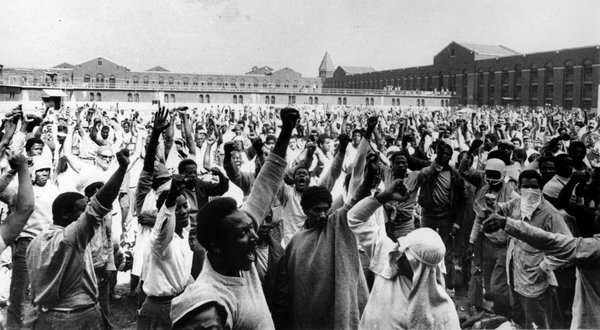 Critical Resistance would like this project to contribute to the broad struggle to end the violence of imprisonment, policing, surveillance, and political repression. More specifically, the Attica Interview Project works to connect people who lived through imprisonment at Attica before, during, and after the 1971 rebellion, and build their leadership in the fight to close it.

For these interviews, we will use a combination of video, recorded audio, and still images. Our documentation is grounded in a philosophy of self-representation – that people who participate determine how and when they are photographed and recorded. We strive to represent interview participants not as victims, but as agents of social change struggling individually and collectively to improve their lives and conditions.