For years, Critical Resistance New York City and women from the La Casita program did radical political education together, tended to a community garden space in the Bronx, and, with the Community in Unity Coalition, successfully waged a campaign that stopped jail expansion at Hunt’s Point. Through this collaborative organizing, powerful political leaders were developed and formerly imprisoned mothers shined as experts on what NY communities need instead of imprisonment. 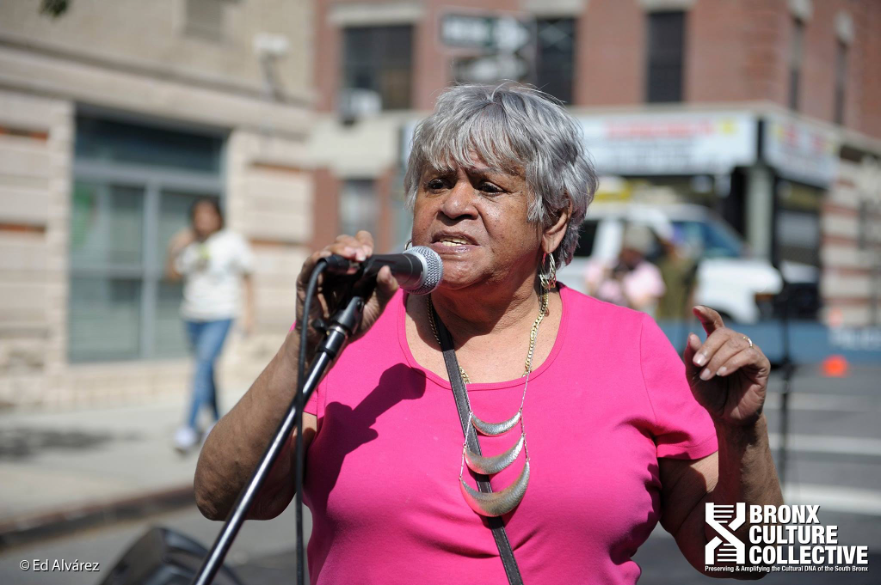 In 1990, Lorraine Montenegro founded the La Casita Program, a long-term residential substance abuse program in the South Bronx for court-mandated pregnant woman, mothers, and their children actually recognized by the Courts. Critical Resistance New York City (CRNYC) organized with La Casita and the women who participated in this program. If it wasn’t for Lorraine developing the first and, back then, only “mother and child” alternative to imprisonment program in New York City, many more pregnant women would be imprisoned, more mothers would be giving birth in shackles, and more children would have lost their parents to the NYC Administration for Children’s Services coming and destroying families. Many more would be sick and homeless suffering due to Hepatitis C and HIV, addiction, and mental illness.
Under Lorraine’s leadership, the La Casita Program is a shining example of a life-affirming intervention to state violence that meets the needs of communities, builds health, community power, and self-determination.

In 2006, CR reorganized our New York City work around the La Casita Project.  The main aims of the reorganization were to increase our capacity to fulfill our commitment work working with women and children who live at the La Casita facility, to deepen our ties to the South Bronx, and to more comprehensively connect our leadership development, advocacy, and outreach activities.  Putting the La Casita Project at the center of this work increase our ability to grow as a community-based organization with diverse avenues for participation for those of us directly impacted by the prison industrial complex as well as our allies. CRNYC led a fundraising drive specific to the La Casita Project (we received no project support funding in 2006).  Our main goal for this grant was to renew our highly successful internship program, which allows women who live at La Casita to complete paid organizing training internships with Critical Resistance.

At the time, CR’s New York staff person, Pilar Maschi, a former participant of La Casita, spent a large percent of her time working directly on the La Casita Project, on coordinating our New York work as a whole, and on working with CR chapters nationwide to support their leadership development and base-building efforts – work for which the La Casita Project provides our primary, replicable model.