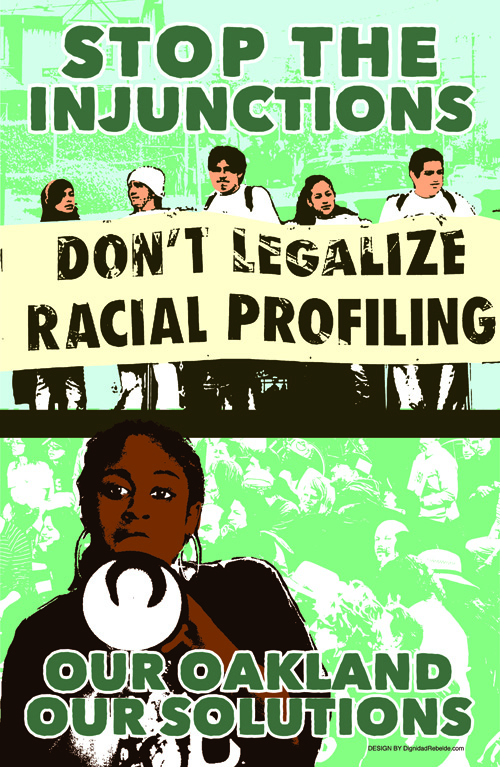 Since 2010 Critical Resistance Oakland has been an active member of the Stop the Injunctions Coalition (STIC). This strong city-wide coalition fought the use of gang injunctions and other destructive policing policies in Oakland and built community power as we demanded what we wanted and needed in Oakland instead of more policing.

In March of 2015, STIC won a full victory against the use of gang injunctions in Oakland! After six years of community pressure that had stalled the injunctions from being expanded or enforced, the City Attorney officially dropped both injunctions from the books. Oakland is the first city in the country to admit defeat on all fronts, dismiss the cases in court, and drop gang injunctions from their toolbox of repressive policing schemes Add sentence about defeating youth curfews and anti-loitering policies. For more information, visit STIC’s website.

Along the way, Critical Resistance, our STIC allies, Communities United for Restorative Youth Justice (CURYJ), and engaged neighbors built the Fruitvale Community Garden, as an example of a life-affirming community resource that STIC was demanding as a real solution to harm and disenfranchisement. The Fruitvale Community Garden became a model for the Oakland Power Projects: how to seed resources that reduce our reliance on policing as the answer to community needs.