We’re happy to share that Critical Resistance (CR) has been steadily working to strengthen our Los Angeles chapter’s capacity and campaign work. 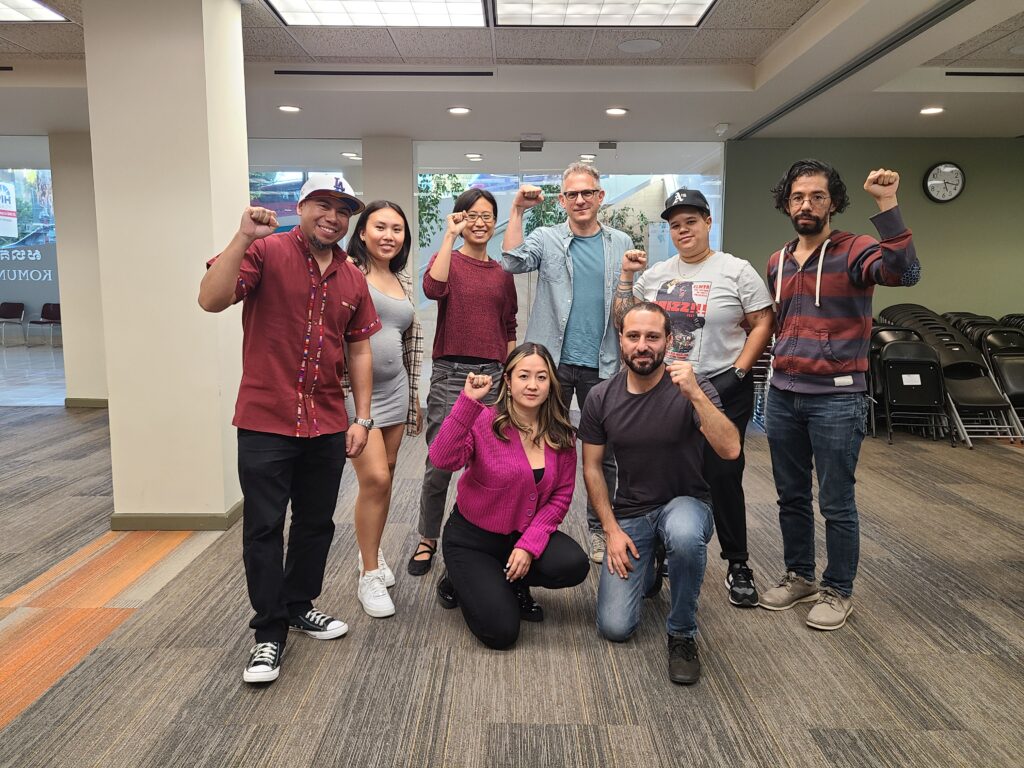 Since early 2021, we’ve been working with our sibling chapter CR Oakland to close 10 prisons in the state of California by 2025 as part of the CA Prison Closure Campaign with Californians United for a Responsible Budget (CURB). Specifically, our chapter members have been supporting the legislative strategy of the campaign, as well as holding down the work to maintain communication and relationships with our imprisoned comrades as part of the fight. The chapter also contributes to and distributes CR’s bilingual newspaper, The Abolitionist, an inside-outside organizing tool dedicated to the strategy and struggle of prison industrial complex (PIC) abolition published twice per year and sent to thousands of imprisoned people locked up in jails, detention centers, and prisons internationally.

Formed in 2004, CR Los Angeles (CRLA) has had a long and vibrant organizing history, from creating radical political education for prison industrial complex (PIC) abolition with formerly imprisoned people and the New Way of Life through the LEAD Project and Youth Justice Coalition at Chuco’s Justice Center, to successfully resisting jail expansion throughout LA county for years with LA No More Jails and then Justice LA.

Upon joining the fight to close CA prisons, CRLA has been diligently deepening its organizing capacity and membership. As we continue to build upon our organizing legacy and grow Los Angeles’s investment in prison closure and PIC abolition, we hope you join us.

Learn more about the event here, and RSVP before attending in person!