2022 was a strong year for Critical Resistance California chapters resisting imprisonment! We have continued to show up as key players in the fight to shut down cages across California.

Donate now to help CR fight imprisonment in CA & beyond!

CR Oakland and CR Los Angeles are part of the Close California Prisons campaign with our longtime movement partners in Californians United for a Responsible Budget (CURB). With an ambitious goal of closing 10 prisons by 2025, CR chapters are engaged in the campaign by working to build a base of support for prison closure across California including organizations, directly impacted people, and their loved ones and community members, all the while targeting California decision-makers and amplifying strategic media to the public. 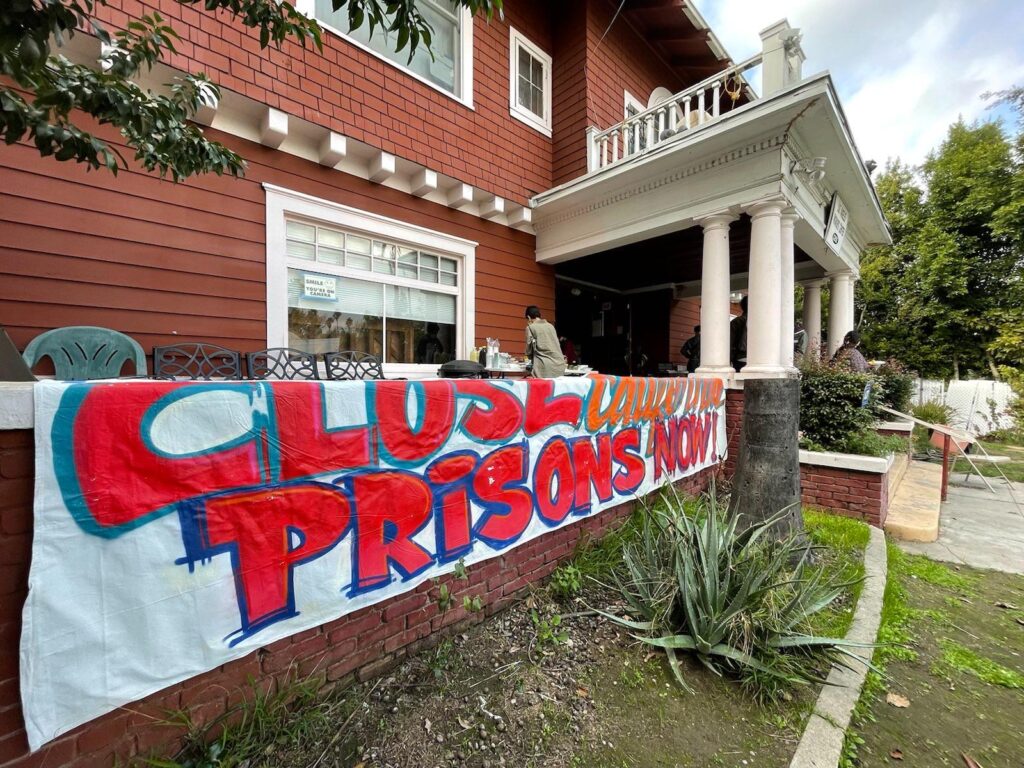 “When this campaign started, the possibility of achieving the campaign’s goal of closing 10 prisons was questioned by many. Despite this, the Oakland and LA chapters jumped into the campaign as part of the CURB coalition, making critical contributions to all the campaign’s workgroups. Critical Resistance members also helped to shape overall campaign strategy. This brings us to 3-4 prisons [named for closure]. Moreover, we also see that ideas we’ve been pushing about workforce development have begun to be adopted…We’re transforming the California landscape!”

CRLA hosted an event – “Closing Cages, Building Power” – this past weekend on Saturday, December 10 to connect with community members and movement partners and build power in Los Angeles for CA prison closure. This event uplifted connections between prison closures and labor struggles, and invited people to engage with internationalist analysis on labor struggles shared in Issue #38 of The Abolitionist newspaper. Thank you to everyone who came out! Check out the report back of the event on our website here.

As we build more momentum in the fight for prison closure, join CURB for a rally and press conference in Sacramento on January 12th, 2023 to kick off the new year by advocating for a budget that invests in communities NOT corrections!

The proposed state budget sets the stage for our advocacy throughout the year to ensure our demands are heard and implemented by the time the Enacted state budget is released in June. As a result of continual pressure and advocacy from folks inside and out of cages, it is clear our demands are breaking through to state officials. REGISTER HERE to join us on January 12 and keep this energy up!

Whether or not you’re based in California, donate today to support CR fight imprisonment! Every penny helps us chip away at the prison industrial complex.

In struggle and solidarity,