Dear Readers of The Abolitionist and Critical Resistance supporters: 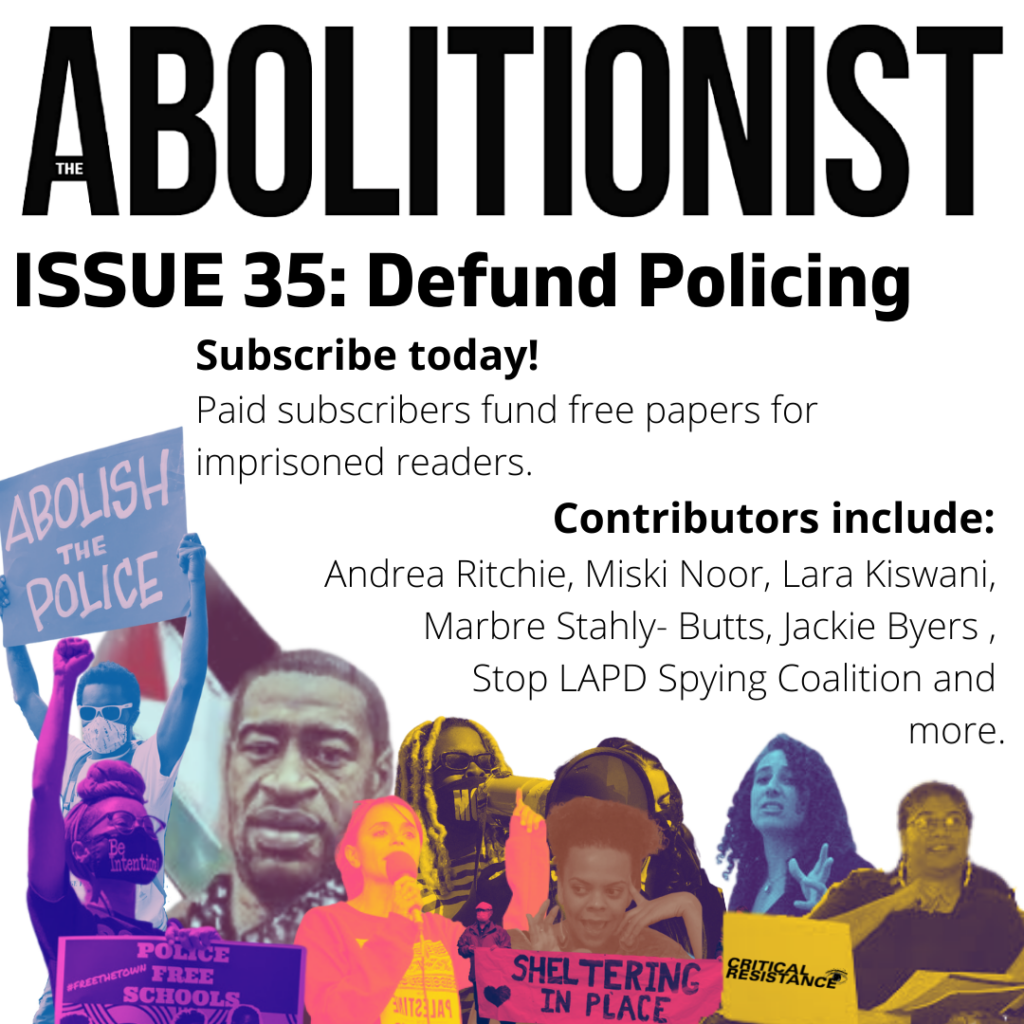 What a year 2021 has already been and we are only halfway through. We are thrilled to announce that Issue 35 of The Abolitionist, our second issue of 2021, is on its way to the printing press and will be mailed out to over 4,500 subscribers inside and outside of prisons, jails and detention centers near the end of the month.

Issue 35 features articles on defunding policing as well as a return of our columns. Andrea J. Ritchie contributed this issue’s featured analysis piece breaking down the origins of the defund policing movement, how its connected to the movement to abolish the entire prison industrial complex (PIC), and why demands to defund policing are explicitly spreading now. From Andrea Ritchie’s article, “The Demand is Still Defund”:

“But this is neither the beginning, nor the end, of the story of demands to defund police – nor are they isolated from broader struggles for prison industrial complex (PIC) abolition. The notion of divesting from police and investing in community-based safety strategies is deeply rooted in Black radical abolitionist traditions. It represents a step in the long arc toward the abolitionist horizon of dismantling policing, and the PIC that requires it, altogether.“ 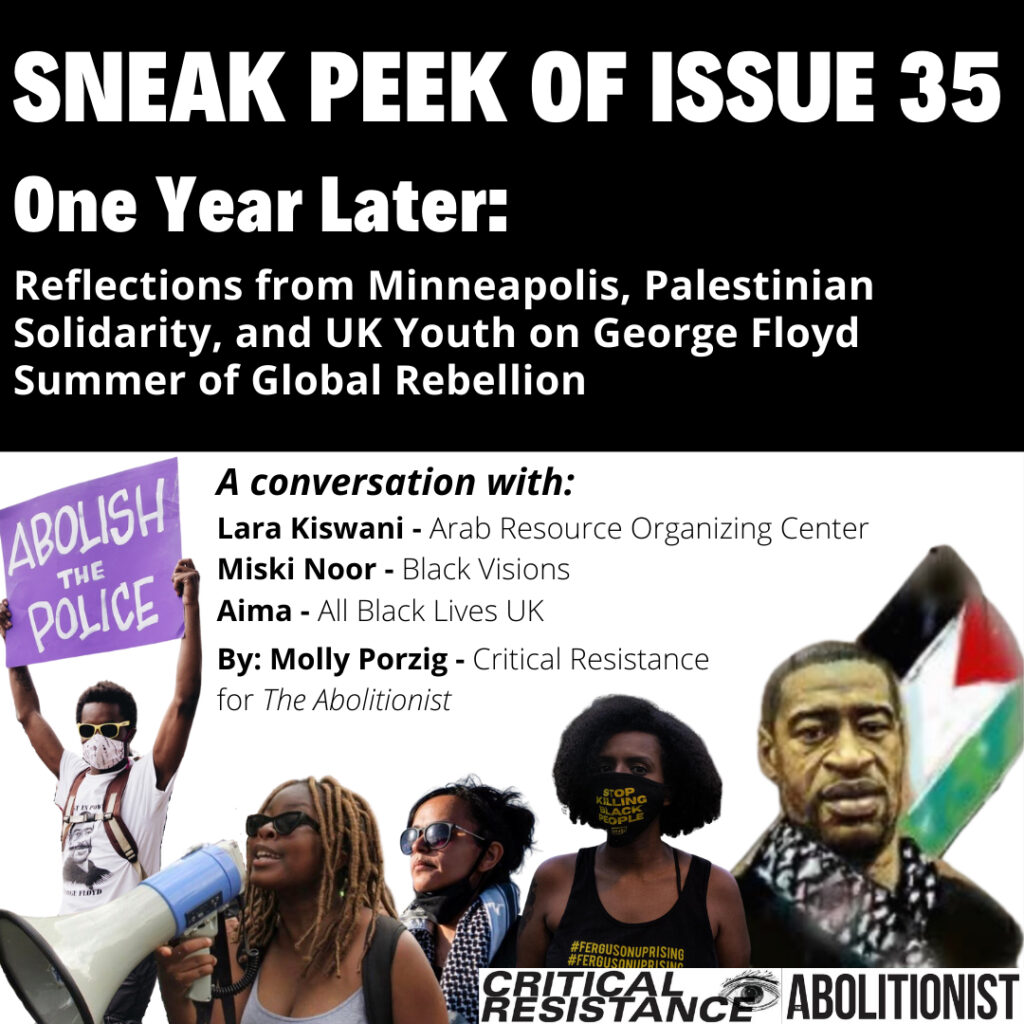 As May 2021 was the one-year anniversary of George Floyd’s death and the rebellions that spread across the world in his name, we reflect on this past year of collective grief and fury as organizing to defund police and dismantle policing programs burst into the mainstream in a three-angle interview for this issue’s featured reflective piece “One Year Later”, with Miski Noor from Black Visions in Minneapolis, Aima, a UK-based youth activist who founded All Black Lives UK last year, and Lara Kiswani from the Arab Resource and Organizing Center (AROC) in the Bay Area. You can read this interview early as a “sneak peek” to the issue here.

These two central pieces are accompanied by a set of action-oriented articles and interviews with organizers across the US that explore in detail some of the vibrant anti-policing organizing our communities have been advancing this past year. These pieces cover a range of topics from getting cops off campuses in K-12 schools and post-secondary education in a joint interview with Black Organizing Project in Oakland, CA and Police Free Penn in Philadelphia, Pennsylvania, to data-driven policing and surveillance-technologies, like the work of Stop LAPD Spying Coalition, or the organizing by Stop the Sweeps PDX and others against Business Improvement Districts and Enhanced Service Districts. We also include organizing examples to decriminalizing weed through the fight for cannabis legalization, and challenging and replacing the ’94 Crime Bill with legislation created through a People’s Process with the People’s Coalition for Safety and Freedom. Together these grassroots examples demonstrate a range of creative and diverse strategies used and angles leveraged to resist policing and further the abolitionist movement. Non-coincidentally, many of these example campaigns touch on similar points and lessons for sharpening our organizing in our present moment and beyond. We offer these articles as resources for understanding and strengthening defund strategies for abolition, and to enhance our collective resistance across cages and walls.

Check out our full list of contributors below, read the sneak peek 3-part interview, sign up an imprisoned loved one for a free subscription, subscribe today, and spread the word to support radical political education across prison walls.

As always, we hope Issue 35 fuels our readers’ spirits and sharpens our collective tools for resistance, collective liberation and self-determination.