We write today to mourn the loss and celebrate the legacy of our Community Advisor Linda Thurston, who organized on the steering committee of the Critical Resistance (CR) East Northeast Regional Conference (2001). Linda passed away on the weekend of May 22, 2021. At the time of her passing, she was the Operations Coordinator at the War Resisters League, where she had worked since 2007. 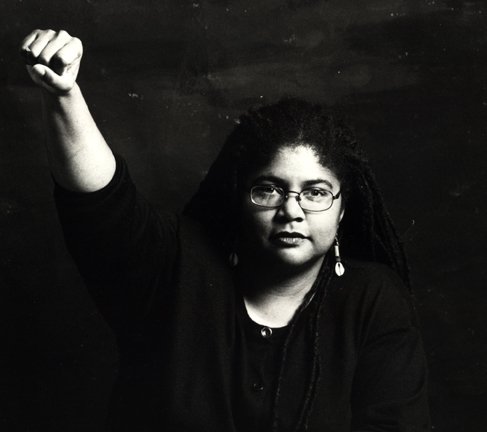 Linda will be remembered for her warmth, generosity and grounding ability to welcome organizers into the movement. Within the varying organizations she’d been part of, she did the hard consistent work of setting up the back-end systems and infrastructure that integrate and support the everyday participation of many within our movement. She also worked to connect people cross locally, from local to national and internationally – often through her steadfast communications work and organizing.

Linda’s contributions to the abolitionist movement are innumerable. Before CR, Linda demonstrated fierce commitment to the anti-prison movement including her work to free political prisoners, whereby she was a co-founding member of the International Concerned Family and Friends of Mumia Abu-Jamal. As the Director of the American Friends Services Committee’s National Criminal Justice Program, she coordinated the 200 Years of Penitentiary Project, organizing with faith communities around the issue of prison abolition, and edited the 1993 book A Call to Action by the National Commission on Crime and Justice. Her commitment to internationalism spanned her support for the anti-apartheid struggle in the 80s and her work with Amnesty International to abolish the death penalty during the 90s, through her time with CR and the War Resisters League (WRL). We recommend this fantastic interview with Linda by WRL, “Prison Abolition, Political Prisoners, and the Building of Critical Resistance: Linda Thurston Talks Community”, which weaves her robust experience with the abolitionist political framework that she helped advance.

CR recognizes Linda’s role in helping to build Critical Resistance as an organization. She was one of the coordinators of CR’s Northeast Regional Conference in 1999-2001, which took place in New York City in 2001. The second of CR’s conferences, Critical Resistance East seeded prison industrial complex (PIC) abolition as a strategy. Geared toward sharing skills to make local organizing against the PIC more effective, and prioritizing the participation and leadership of people most impacted by the PIC, this conference helped launch Critical Resistance as an organization just two months later. Linda contributed to a wide range of essential tasks to move CR’s work forward, such as her editorial support in CR’s 2005 republication of Instead of Prisons by the Prison Research Education Action Project, and her work in 2006 to support outreach and communications for the Campaign for Amnesty for Prisoners of Katrina. Over the years, Linda attended CR national retreats building with and guiding younger members, and supported organizers through CR’s New York chapter, regularly sharing her wealth of movement history knowledge. More recently, Linda served on the Community Advisory Board for CR. 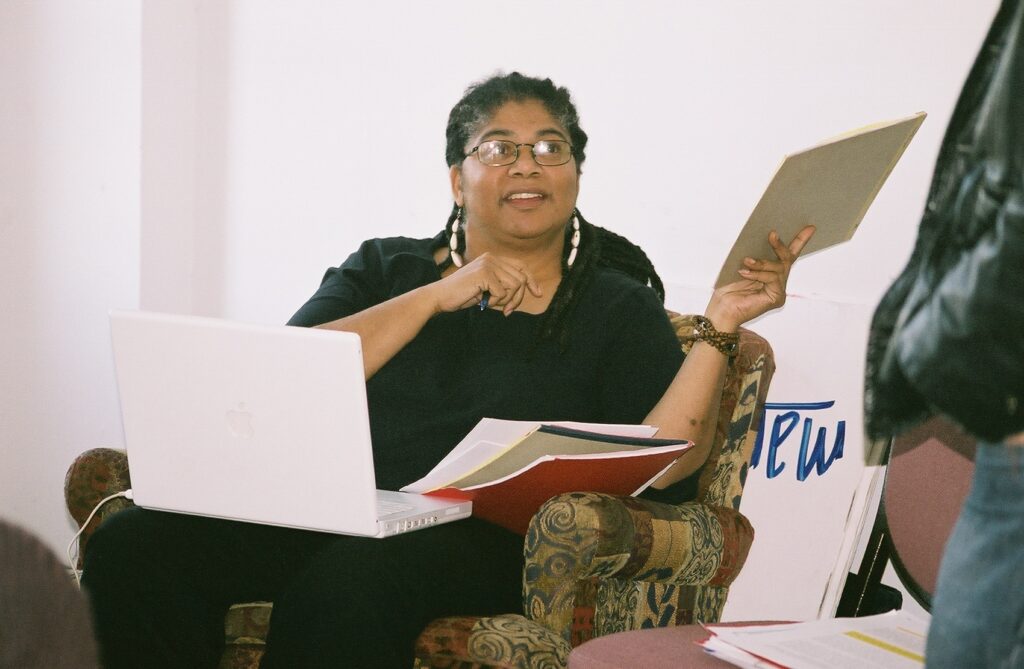 During her long, impactful career, Linda was also the Center for Constitutional Rights’ Coordinator of Education, Outreach and the Ella Baker Internship program and worked with numerous organizations, including the Brecht Forum, Prison Radio Project, Funding Exchange, and Human Rights Watch. Her contributions were rooted in care for everyday people, with a broad vision of liberation for all.

She is survived by her mother Barbara Thurston, her brother James Thurston Jr. (both of Bangor, Maine) and his children Rachel and TJ, her sister Nicole Thurston Thibedeau of Rhode Island, Nicole’s husband Christian and their children, Caleb, Robert Journey and Armani, her cousin Kristine Keeling among many other beloved kin, mentees, and the dozens of organizations and hundreds of activists to whom she gave so much.

We at CR have spent the last two weeks reflecting on her contributions and committing to following the lead of her consistent integrity and generosity. If you have not already done so, please consider contributing to her homegoing and to the War Resisters League in her honor.

In Linda’s own words, when honoring Malcolm X only a few days before her passing, “What is remembered, lives.”

With Love and Solidarity,