We’re humbled and energized to share back that our 20th anniversary was a huge success! Thank you for making our 20th anniversary celebration unforgettable. On Sunday, December 9, over 700 CR volunteers, supporters, movement partners and abolitionist organizers gathered to celebrate 20 years of Critical Resistance and the call to abolish the prison industrial complex. The enthusiasm for abolition was energetic and inspiring. Video coming soon. Scroll down for over 30 photos from the evening.

Many people left the evening with fresh new hoodies and tshirts, designed by CR friend La Dime. Check them out here!

We must acknowledge that there is a huge portion of people with whom we organize—the 6,500+ subscribers to The Abolitionist newspaper, correspondents to our mail programs and study groups, people who call us regularly on the phone, who are organizers in their own right, and who have made significant contributions to this movement and to Critical Resistance— who were not in this room because they are locked up in prisons, jails and detention centers. Without them, Critical Resistance would not be what we are, and our movement for abolition would not be possible.

In the next month, please look out for a message from us with contributions from imprisoned people. We will also be sharing materials from this evening back with them.

A steady stream of community members began filling the halls at 5pm on Sunday and by 6pm the building was packed with hundreds of fellow abolitionists and abolitionist enthusiasts ready to celebrate CR’s 20 years of strategy and struggle to #abolish the prison industrial complex!

Friends were met with a reception of food generously provided and donated by Oakland restaurants and kitchens who were committed to feed the people and the resistance. We are so thankful to Aburaya Oakland, Arizmendi, Café 817, Hasta Muerte, Ivette Vega, The Kebabery, MOMM’s Pastries, People’s Kitchen Collective, Phat Beets, Rainbow Grocery, Red Bay Coffee, Reem’s California, Rosamunde and the dozens of food committee volunteers. See this great post from People’s Kitchen Collective on feeding the people and incorporating abolitionist principles and practices into food businesses.

Our deepest respect and appreciation goes to Danza Calpulli Huey Papalotl who opened the space with a ceremony and powerful words recognizing the indigenous land and people and calling for Black and brown unity and resistance to white supremacy and capitalism.

At 7pm, all ears, hearts and minds held their attention toward the stage. Sagnicthe Salazar, a close partner from Stop the Injunctions and Stop Urban Shield coalitions, welcomed Oakland and beyond, grounding us inthe vision and celebration of abolitionist strategy and struggle. We’re so thankful to Rachel Herzing, cofounder, longtime member and former staffer, introduced Angela and the historical framework for CR’s fight against the prison industrial complex (PIC). Rachel has worked for two decades to combat the PIC, helping CR grow into an impactful organization with sharp political analysis and committed abolitionist practices; we’re so thankful she could frame the evening’s program. Angela Y. Davis’ keynote brought us through the twenty years of advancing the call for abolition with Critical Resistance, and reminding us of the international politics and obligations of abolition by taking us to Brazil, which has become the world’s third highest imprisoning country per capita. Then Kamau Walton (Critical Resistance), Mary Hooks (Southerns on New Ground), Linda Evans (All of Us or None),  and Davis held us in thoughtful conversation for over an hour- walking us through the histories, the victories, the challenges and the dreams for abolitionist organizing. Video coming soon! Keep an eye on our YouTube page.

Samba Funk! then amplified the spirit of resistance and lifted us into celebration. Their 12-person arrangement brought the audience to their feet wit a Funky Okanda arrangement and had people (including the young youth!) dancing in the aisles. 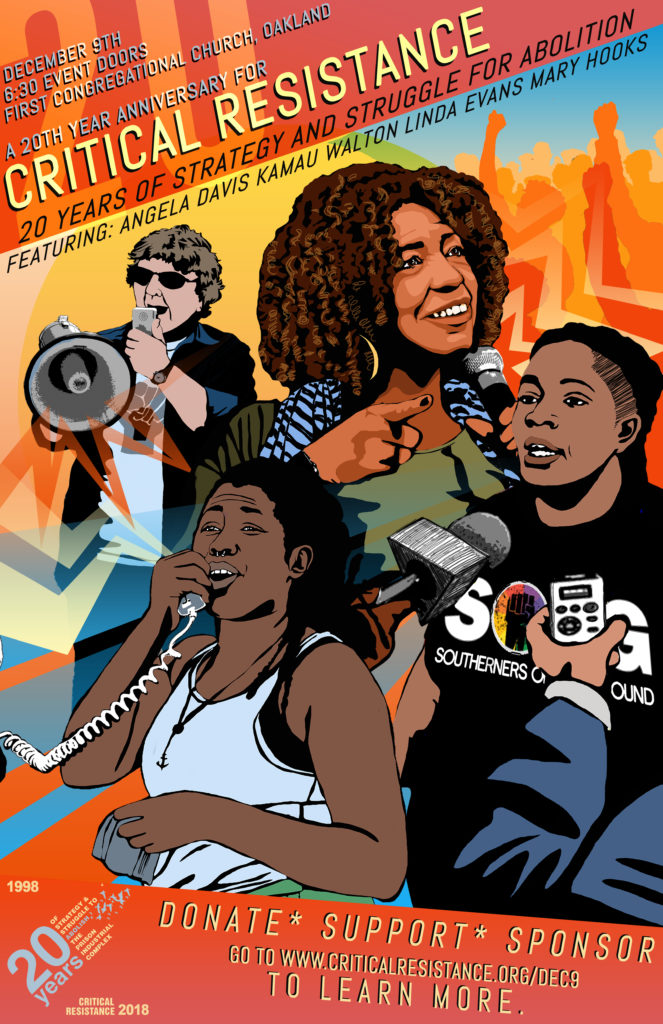 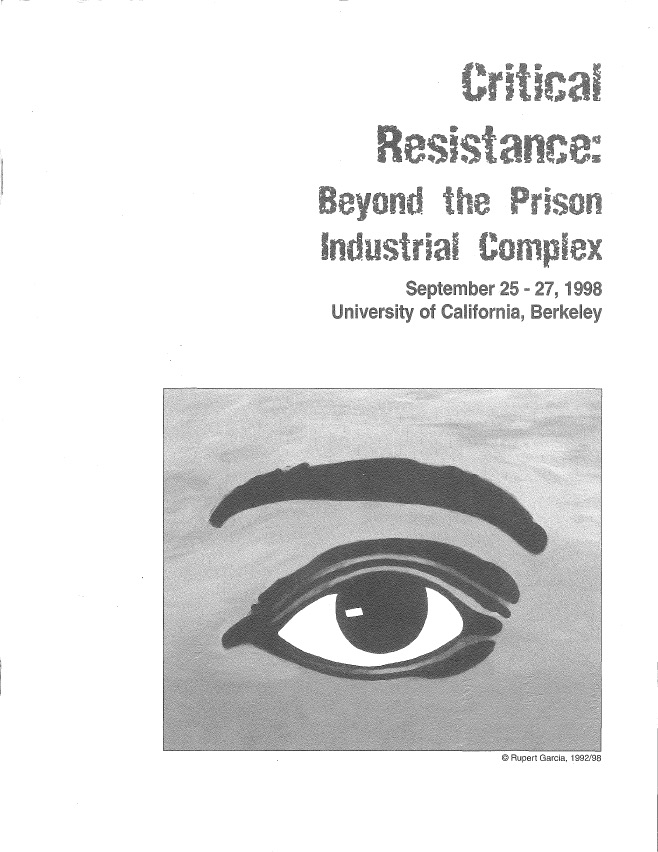