For the past 15 years, CR has been a leader in the movement against prison and jail construction across the US.  Our innovative, integrated approach to fighting the expansion of jail and prison systems combines legal, policy, and grassroots organizing strategies, and has been used as a model for anti-expansion fights around the country. While fighting imprisonment is one core aspect of our work, CR understands struggles against policing, surveillance, and court abuse to be equally imperative to our goals of liberation and self-determination.

These campaigns can be understood through the INVEST// DIVEST framework: CR is campaigning to ensure that state funds are not wasted on more imprisonment that harms our most marginalized communities, but instead go toward the life-affirming resources of housing, education, healthcare, and social services.

Our Critical Resistance Los Angeles (CRLA) chapter has fought jail expansion in Los Angeles County since 2004 through its No New Jails campaign, which evolved into the LA No More Jails Coalition in 2011. We are connected to jail fights across the state through our participation as an anchor member of Californians United for a Responsible Budget (CURB), a statewide coalition joining forces to reduce the number of people in California’s prisons and jails.

Today CRLA is campaigning against the construction and implementation to Los Angeles’s harmful $3.7 billion jail expansion plan, which includes a proposed $200 million women’s jail construction project on toxic land in Mira Loma, California. We are an anchor organization in Los Angeles No More Jails Coalition, which is our main vehicle for fighting jail expansion in LA. CRLA supports campaign strategy, outreach and media for the LA No More Jails campaign.

Our demands to stop jail expansion in Los Angeles and invest in community wellbeing and life-affirming resources are rooted in demands for self-determination and health for poor and working class communities of color. In Los Angeles county, the population in the women’s jails is similarly racialized: 40% Latino and 32% Black. The County’s men’s facilities’ population is currently 50% Latino and 30% Black – over 80% people of color. While Black people make up less than 10% of the County’s population, they are almost a third of the county jail population. The most impacted districts in the county are Districts 1 & 2 – encompassing the larger areas of East LA and South LA, neighborhoods that are predominantly low-income/working class, migrant, Black and Latino. Further, more than half of those imprisoned are pre-trial and cannot afford bail. Lastly, as part of LA County’s larger $3.7 Billion dollar jail expansion plan, the LA County Sheriff’s Department plans to build a new mental health jail that has fewer actual health care workers than sheriffs at the facility. This will directly endanger the communities of color who do not have access to low-cost, quality mental health care in Los Angeles, yet who are targeted by policing and imprisonment.

We believe a safer and stronger Los Angeles is possible when resources wasted on caging people are freed up to build the things that help communities thrive: education, supportive housing, mental and health care services, youth centers and more. We demand that Los Angeles County invest in community-based programs that help keep people out of prisons and jails and that minimize barriers to employment, education, and basic services that individuals need when they come home.

CRLA has given dozens of workshops and presentations to community groups, classrooms, and decision-makers so far in 2017. If you want a workshop for your community, contact: CRLA@criticalresistance.org

CRLA has been a key driver in the #Reimagine109 campaign, an effort focused on re-directing funding away from the sheriff’s department and into community-based programs that prioritize holistic care, dignity for all, and empowering those most impacted by the PIC. 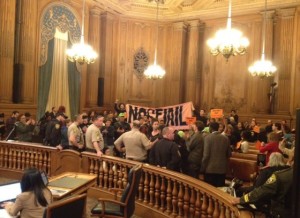 Here’s our 8 Steps to a Jail Free San Francisco guide.

Read about the No New San Francisco Jail 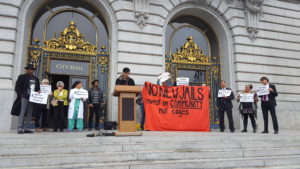 Here’s the No New SF Jail People’s Report CR authored with our allies in 2015.

The reality is that San Francisco already has too much jail space. There are approximately 1,000 empty jail beds in county jails every single day in the SF, and the jail population has been declining steadily, remaining at 62-65% of its total jail capacity for almost four years. This is an opportunity for San Francisco to build real alternatives for our most vulnerable residents and not rely on more jails and police — alternatives we know do not support our communities nor make them safe.

Key Statistics of those imprisoned in San Francisco’s jails:

Building Resistance to Jail Expansion Across the Bay Area

Across Bay area counties, communities have been fighting tooth and nail to knock out jail expansion proposals coming from sheriffs’ departments. Rather than staying divided by county lines, CR Oakland is bridging across the Bay to build a united front against jail expansion with Alameda, San Francisco, and Contra Costa. As we fight jail expansion, we’re advancing frameworks that prioritize people, community health, and community-based solutions that are not connected to the PIC. We are building in opposition against jail expansion or renovation in any of the three Bay area counties. We demand decarceration and practical, life-affirming investments that will boost our community wellbeing, not harm it.

Sign on to the Bay Area Regional Statement against Jail Expansion here. 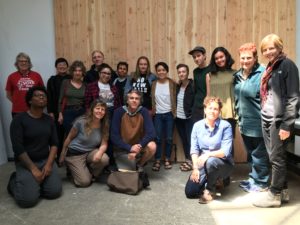 “We support reducing crowding in jails through increased pre-arrest and pre-trial diversion, the decriminalization of our communities, ceasing cooperation with Immigration and Customs Enforcement (ICE), and bail reform.

We support increasing mental health services in our communities, not caging people who are suffering. Jails have been proven to deteriorate mental health — even when they claim to treat it — and we demand that funding from California’s Board of State and Community Corrections (BSCC) and the counties be invested in life-affirming ways by supporting affordable housing, education, and health care.”